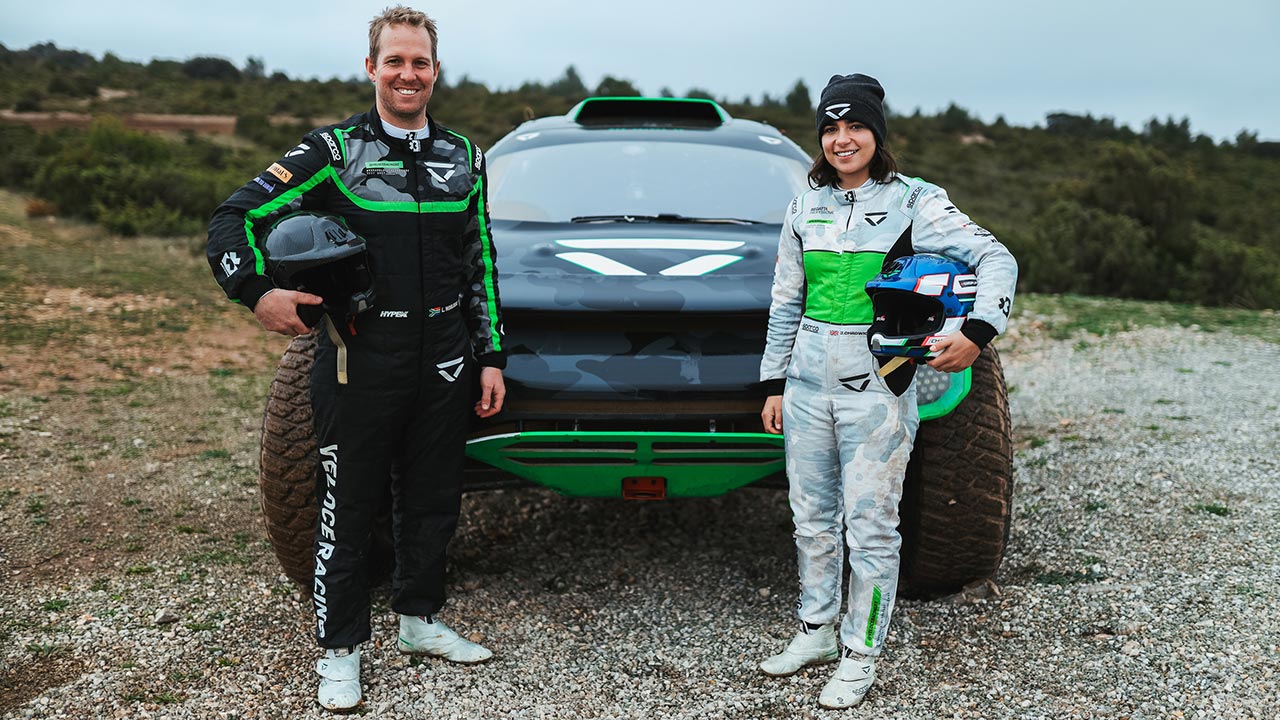 South African cross country ace Lance Woolridge along with two-time W Series champion Jamie Chadwick will be getting behind the wheel in Bovington with hopes of replicating the London-based squad’s Sardinia success earlier in the season.

Woolridge steps up to the race seat for the first time, having spent 2021 fulfilling his role as Reserve and Development Driver and advising the team at several of the season’s illustrious X Prix, this move is a natural progression for the 30-year-old.

As a double SACCS Class T Production Vehicle title winner in 2018 and 2019 and runner up in the headlining FIA SACCS category this season, the South African boasts an impressive off-road resumé with a huge amount of experience in disciplines similar to those seen in Extreme E.

Chadwick, meanwhile, returns to the Extreme E grid following a successful W Series campaign which yielded four wins from eight races, as well as the eventual 2021 crown, confirming her status as one of the world’s most prominent female motorsport stars.

Aside from a brief test in France in November, the Jurassic X Prix marks the first time the 23-year-old will drive the ODYSSEY 21 in anger since the Ocean X Prix (29-30 May) in Lac Rose, Senegal. The scene of Chadwick and the team’s maiden Extreme E rostrum finish, a result that will undoubtedly be at the forefront of the Bath native’s mind.

Rupert Svendsen-Cook, Team Principal, Veloce Racing said: “I think I can speak for everyone at Veloce when I say we’re really excited to have two such talented drivers behind the wheel for the Extreme E season finale – and our home race – in Dorset later this month!

“Lance [Woolridge] has been doing a fantastic job as our Reserve and Development Driver this season as well as having a great year racing in South Africa, so we're delighted to give him his chance. Then of course we welcome back Jamie [Chadwick] who won Veloce’s first-ever title in the W Series back in Austin last month. After what has been a year of intense development for the team, we are well placed to end our season on the right note"

Ian Davies, Team Manager, Veloce Racing added: “We’ve been hugely impressed with the work Lance has done for us this year. He’s been a huge asset to the team, so we have total confidence in his abilities ahead of Dorset.

“Likewise, Jamie has had an incredible year in W Series and scored our first podium in Senegal let’s not forget, so she certainly knows her way around the ODYSSEY 21. Together, these two drivers are going to be a potent combination.”