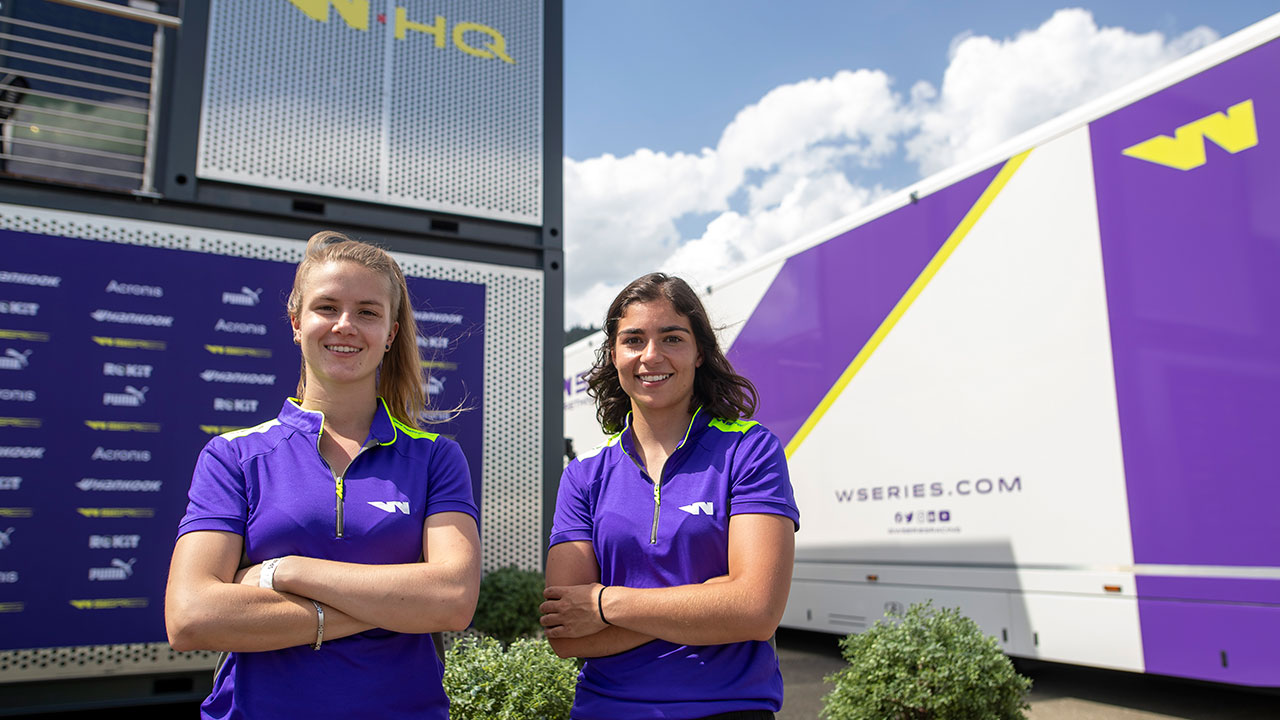 Reigning W Series Champion Jamie Chadwick will drive for Veloce Racing in W Series, having already competed for the London-based organisation in the opening two rounds of the all-electric off-road SUV championship in Saudi Arabia and Senegal, securing a second-place finish in the latter.

The 23-year-old Brit will be partnered by Brazilian ace Bruna Alberti Tomaselli, who has made waves in the southern and central American motorsport arena. Noteworthy performances include a win and a subsequent fourth place overall in Brazil’s Formula Junior Championship in 2014while she more recently recorded victories in one of the country’s leading GT series, Imperio Endurance Brasil.

W Series is a free-to-enter championship, launched in October 2018, that provides equal opportunities for women and eliminates the financial barriers that have historically prevented them from progressing to the upper echelons of motorsport.

W Series drivers are selected purely on their ability and the series’ cars are mechanically identical, which means that W Series races and championships will be won by the most talented drivers, rather than those with the wealthiest backers.

The more high-profile female role models it can create, the more W Series believes it will inspire young girls to go karting, bringing more females into the grassroots of the sport. Central to W Series’ mission is the idea that if you can see it, you can be it. This year W Series will race alongside Formula 1 at eight Grand Prix weekends.

In the UK, you can watch the race live on More 4 and highlights on Channel 4 on Sunday morning.

Practice takes place at 12:00 on Friday, quickly followed by Qualifying at 15:30 which will be broadcast on YouTube, a quick turnaround giving the drivers little time to rest. The race then gets underway 24 hours later at 15:30 on Saturday, 26 June for the opening round of the season.

Rounds 1 and 2 of the 2021 W Series campaign are hosted at the Red Bull Ring in Spielberg Austria. This high-speed track is short and sharp but has everything a race track needs to test the cars and the drivers.

The first half of the circuit comprises three long straights separated by two uphill right-handers. A string of quick corners make up the latter part of the lap with a tricky double right rounding out the lap, track limits are always a talking point at the Red Bull Ring so expect that to play apart in qualifying.

Veloce’s entry into the all-female single-seater category aligns perfectly with its gender equality ethos and was therefore a natural path of progression for the team, and the next step on its journey into disruptive areas of the motorsport industry.

With the UN’s gender equality deadline of 2030 closing in, the world needs to fast track change. W Series believes it can be an important cultural catalyst for female empowerment.

The series aims to build the world’s most popular and inclusive female sporting series that inspires and empowers females to be apart of motorsport on equal terms with men. In the process, it hopes to create a platform to accelerate gender equality the world over.