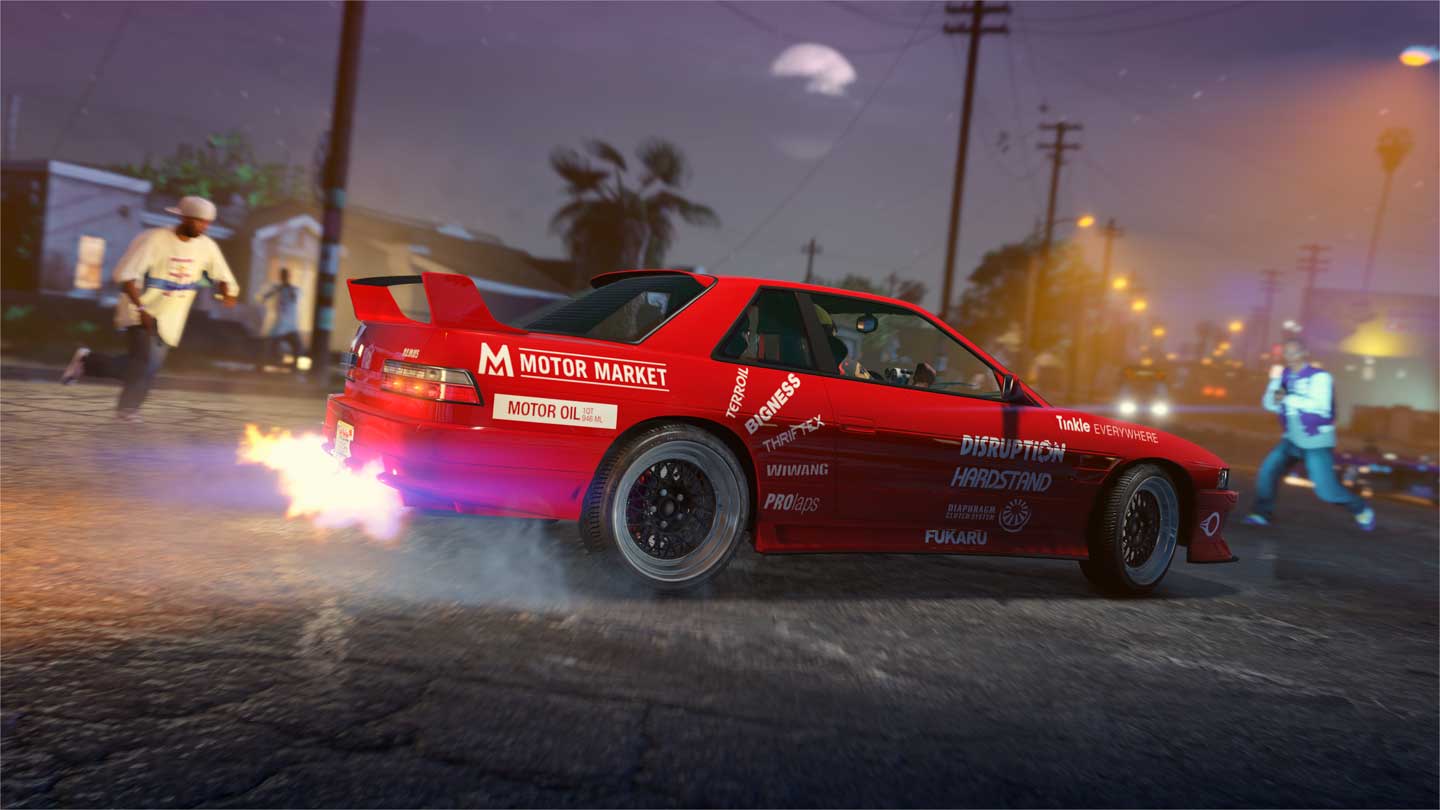 Everybody loves GTA 5 Online for its shoot-ups, heists and chaos, but the games latest update, Los Santos Tuners, is all about the cars - petrol heads; this is for us!

The update, inspired by the underground street racing culture as seen in the earlier Fast & Furious movies *queue Tokyo Drift - Teriyaki Boyz*, brings a selection of new missions, races and shared space in the Cypress Flats.

So to commemorate the epic update, we thought it would be dope to create a list of our Top Ten GTA 5 Online Cars, which is based purely on sauce factor - as the level of cool is all that matters when it comes to motors amirite?!

To be helpful, we’ve included the baseline price for these cars (and where you can get them); however, if you’re willing to splash a cool 50k to join the Los Santos Car Meet, then Trade Prices will be available depending on your road cred from winning races. We’ve also highlighted the cars that have come directly from the Los Santos Tuners update.

Heavily inspired by the Porsche 911, the Comet debuted in GTA Vice City back in 2002!

First seen back in GTA 3, 2001, this car was perfect for thieves as it was often parked at a dealership. However, its paper-thin exterior made it an awful getaway car from the police.

This dinky cope is agile and nimble, inspired by the Toyota Trueno Sprinter AE86. This car is perfect for those who want to mod the hell out of it and is ideal for Tokyo Drifting.

Available as a mod using Menyoo Trainer, OpenIV Software and the latest version of ScriptHookV.

This GT2 race car has some extreme aero that forces its tyres into the ground and has one of the most powerful engines GTA 5 offers. You could drive this car blindfolded, and it will still corner like a boss.

There is always a Krieger dominating the leaderboards in GTA 5, as it can achieve breakneck speeds that many find hard to handle - but like all wild beasts, it just takes a little while to get used to power.

Pretty much a carbon copy of the Aston Martin Valkyrie, the Vagner is surprisingly one of the cheaper cars in GTA 5.

We feel that this car is one of the prettiest cars GTA 5 Online has to offer. With the dope front S duct and side intakes, this car was made for two-tone designs. It also helps that this is one speedy boi.

For the 90s babies or fanbois, we have the Karin! This car is inspired by the ST285 Celica GT4, which got banned in the 1995 WRC season for an illegal turn.

Based on the new A90 BMW *cough* *cough* Toyota Supra, the Dinka is probably one of the most striking cars in the game, with moderate performance, but the mod selection is incredible! We’ve seen quite a few orange versions in GTA Online. Hopefully, they aren’t an undercover cop trying to uncover our antics.

And of course, it wouldn’t be a list without the Pfister 811; this fast car is a mix between the Porsche 918 hypercar and a Lotus - this car not only looks fantastic but is also the fastest car in the game (WITH the option to mod).

So that’s our list for the Veloce Top Ten Cars GTA 5 Online: Los Santos Tuners Update. Let us know in the comments your favourite cars in GTA 5, or tag us in any pictures on Twitter of your modded beast!