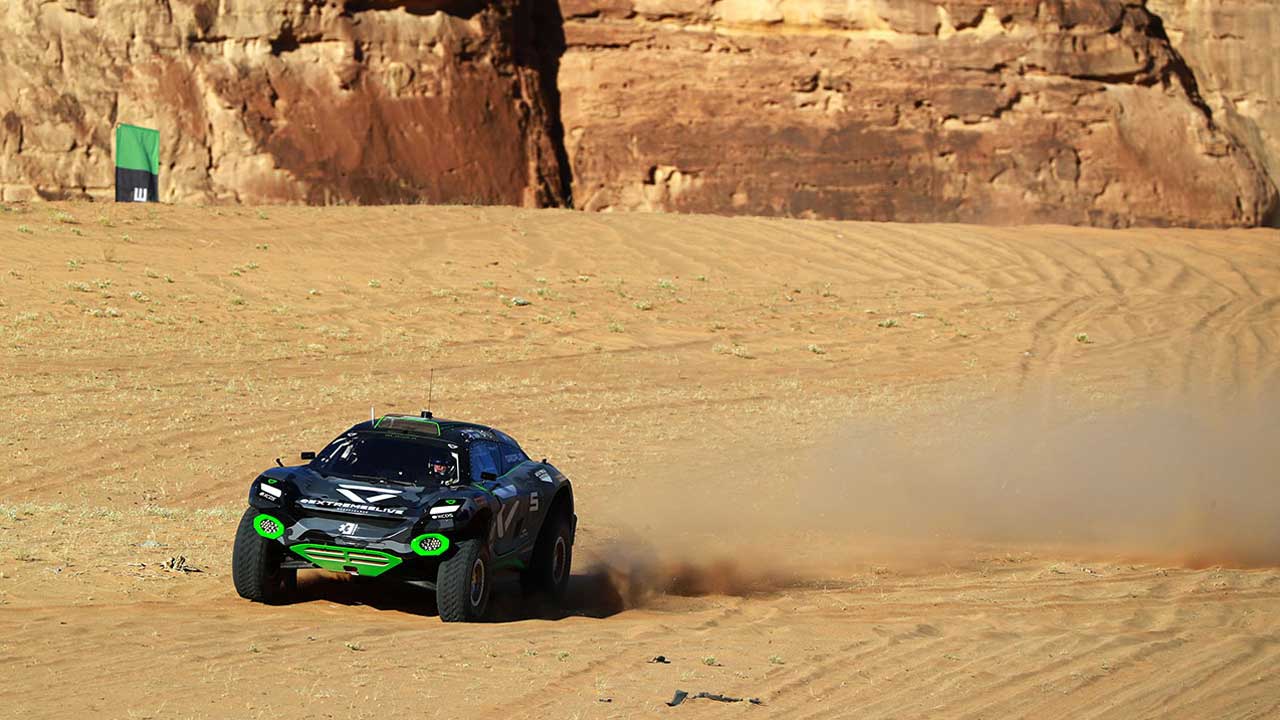 Veloce Racing’s ODYSSEY 21 rebuild: The countdown to Senegal is on

Following the team’s premature exit from the Desert X Prix in AlUla, Saudi Arabia earlier this month, Veloce Racing will repair its damaged ODYSSEY 21 in Senegal – the next stop on the Extreme E calendar (29-30 May) almost exactly one month from today.

The inaugural Extreme E event saw myriad crashes and incidents throughout the weekend, and although Stéphane Sarrazin’s roll didn’t initially appear to be as dramatic as others, the structural damage quickly became apparent when the car returned to the garage.

Further analysis by the team revealed that an extensive disassembly and reassembly of the whole vehicle is required and with just over a month to go until the Ocean X Prix, the race is on. The damaged roll cage and suspension will need repairs along with new bodywork and livery wrapping, totalling an estimated 75-100 hours of labour to get the car in race-ready condition.

A small team of mechanics from ART GP along with Veloce Racing Team Manager, Ian Davies, will be dispatched to Senegal ahead of schedule, ensuring the necessary repairs can be carried out whilst minimising the environmental impact of the rebuild.

“This is going to be a really big job for a relatively small team of mechanics. The roll didn’t look like it did a huge amount of damage on the broadcast but when we dug a little deeper, we found that it was far more than just cosmetic. The chassis is the main problem, but then we have all of the associated dismantling that goes with it.

“There’s only going to be a few of us and we’re taking on a massive amount of work over a very short space of time. A huge challenge awaits us, but we’re determined to get it done in time to go racing."

“Having made an assessment of the work that needed to be done, we reviewed the options and decided against offloading the car in Valencia during the St. Helena’s scheduled stop. By sending a small team ahead of time to Senegal, we’re able to avoid any unnecessary travel and subsequent environmental impact.

“The Desert X Prix was a tough start to our season but together with our incredible drivers, partners and team, we’re ready to hit the ground running in Senegal and properly kick off our Extreme E challenge.”