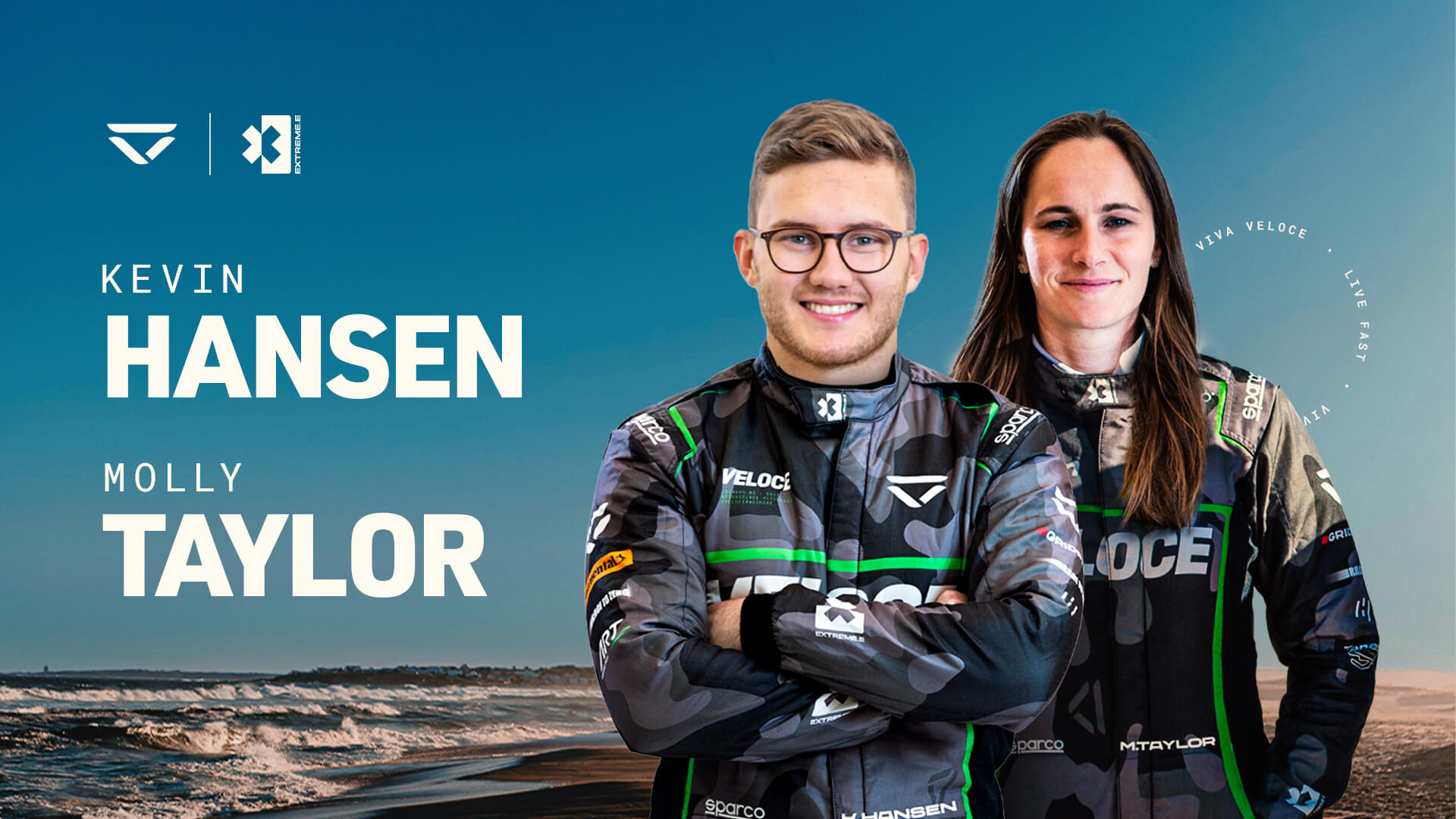 Veloce Racing has today (8 November) announced that 2021 Extreme E Champion Molly Taylor and series frontrunner Kevin Hansen will form the team’s new driver pairing for the Season 2 finale in Uruguay, as well as the forthcoming 2023 campaign.

The upcoming Uruguay Natural Energy X Prix in Punta del Este will not be the first time the duo have been paired together, having linked up at this year’s season-opener for JBXE.

Taylor and Hansen replace outgoing drivers Lance Woolridge and Christine GZ, who part ways with Veloce Racing as they both focus on their respective racing programmes beyond Extreme E.

‍Daniel Bailey, CEO and Co-Founder of Veloce Racing, said: "We’re delighted to welcome both Kevin and Molly to our Veloce family and we’re excited to see what the future holds for us together."

The challenges of Extreme E are unique in the world of motorsport, and Veloce is continuously evolving to adapt to this fast-paced and innovative series. Next year promises to be the team’s biggest yet, but first we are looking to finish Season 2 on a real high."

All of us here at Veloce Racing want to thank both Lance and Christine for their commitment and contributions to the team, and we wish them all the best going forward in their careers."

Taylor brings invaluable expertise to Veloce Racing’s Extreme E efforts, after claiming the title in the championship’s inaugural season. The Australian helped secure three victories for RXR and returns to Extreme E with the knowledge, drive and experience that comes with winning the series.

Taylor grew up in a motorsport family, with Molly’s mother Coral a four-time Australian Rally Champion co-driver. She became the first female to achieve a podium position in Junior WRC history, finishing third in the 2014 Rally Finland.

‍Molly Taylor, Veloce Racing driver, said: "I had an incredible year with Extreme E in 2021 and I believe wholeheartedly in what the competition represents, both with respect to its commitment to sustainability and to gender equality."

Having had the benefit of a win in last year’s championship, it feels amazing to know that I’m going to be back in the Extreme E paddock. I think we are building a very special team with the combination of Veloce's ambition and experience as well as Kevin's skill and commitment. We are setting our targets high and I'm looking forward to being back in the action."

As a driver for JBXE, Hansen achieved an impressive run of four podiums from his four appearances in the inaugural Extreme E season.

Hansen took over from former Formula 1 World Champion Jenson Button to partner Mikaela Åhlin-Kottulinsky, and the Swedish pairing finished third in the Season 1 standings. Third place finishes in Senegal, where Hansen made his debut in the championship, and Sardinia last year were topped by second place finishes at the Arctic and Jurassic X Prix.

Hansen has also been a fixture in off-road racing for several years through his efforts in the FIA World Rallycross Championship. The Swede has secured event wins and multiple podiums and currently sits fourth in this year’s standings for HANSEN World RX Team. His highest FIA World Rallycross Championship standing was third in 2019, the season in which he secured his maiden victory in the series.

‍Kevin Hansen, Veloce Racing driver, said: "I am absolutely stoked to be joining Veloce Racing on a long-term deal starting in Uruguay."

To join a team which is young, ambitious, modern in its ways and doing things that no other team does is fantastic for me. It’s a huge opportunity to continue in Extreme E for the next X Prix and for Season 3."

The team has high ambitions, as do I and Molly. I am really happy to have her alongside me – we raced in Saudi Arabia together and had a great time. We work well as a pair and we’re looking forward to building a partnership between us and the whole team."

Veloce Racing’s fresh driver line-up is all set to take on the final race of the season in Punta del Este, Uruguay, later this month (26-27 November) as the team looks to end Extreme E Season 2 in style.