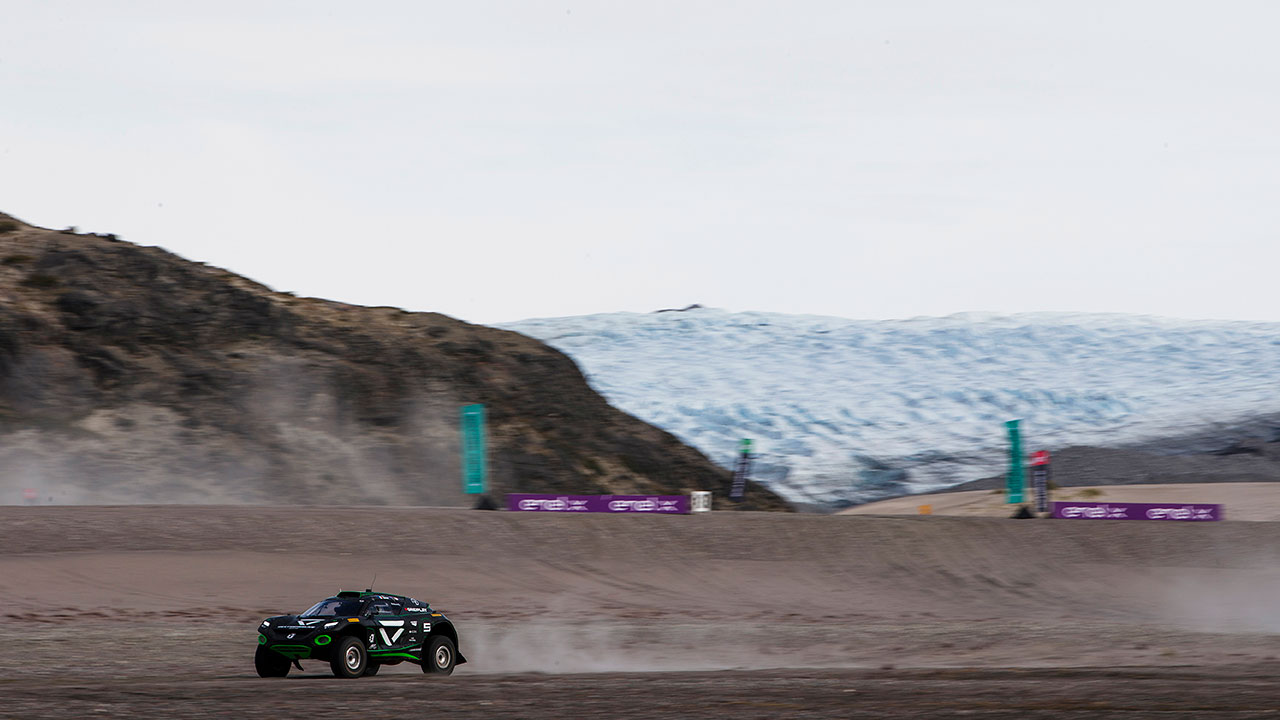 The revised Veloce Racing driver line-up of Stéphane Sarrazin and Emma Gilmour proved to be a competitive one during the qualifying runs at Extreme E’s Arctic X prix in Kangerlussuaq, Greenland.

An encouraging opening lap from Gilmour in Qualifying 1 was only hampered by a track marker infringement and Sarrazin duly followed up with another competitive lap. Thanks to the efforts of both drivers, the #5 car ended the session with an eye-catching fourth-fastest time.

Qualifying 2, however, would not go so smoothly for the duo. A power steering issue early in Sarrazin’s lap meant that both drivers were battling for control of the car throughout the entire run.

Despite the technical gremlins, the Veloce Racing squad managed to bring the car home in sixth in Q2, a sensational effort to overcome such challenging circumstances.

Sarrazin and Gilmour accrued a total of 10 points across the two sessions leaving them fifth in the overnight qualifying points classification.

The duo will go wheel-to-wheel with three teams in Semi-Final 1 tomorrow with the top two teams progressing to the epic five-car final.

Stéphane Sarrazin, Driver, Veloce Racing said: “Positive quali 1 this morning as we secured P4 with two good laps. Emma and I can still improve as we need to adjust some settings. Quali 2 was more complicated as I lost power steering right after the start. The time loss is important however we still managed not to damage the car. The site is simply amazing. This is nothing compared to Saudi and Senegal! And I look forward to the race tomorrow.”

Emma Gilmour, Driver, Veloce Racing said: “Qualifying was a big learning curve for me today – although I got to double my experience in Extreme E in first qualifying! Quali 2, Stephane had a problem with the car and then I also had a different problem which made it a bit of challenge but we still battled through. It’s all an amazing experience, although pretty hard being thrown in at the deep end but the Veloce team are great to work with, everyone has been so welcoming, and Stephane is also an amazing teammate.”

Tomorrow’s action gets underway at 11h00 BST with the Semi-Final broadcast via Extreme E’s YouTube channel before the race programme at 15h00, Veloce Racing will need a top two finish in their race to secure a spot in the last race of the weekend.