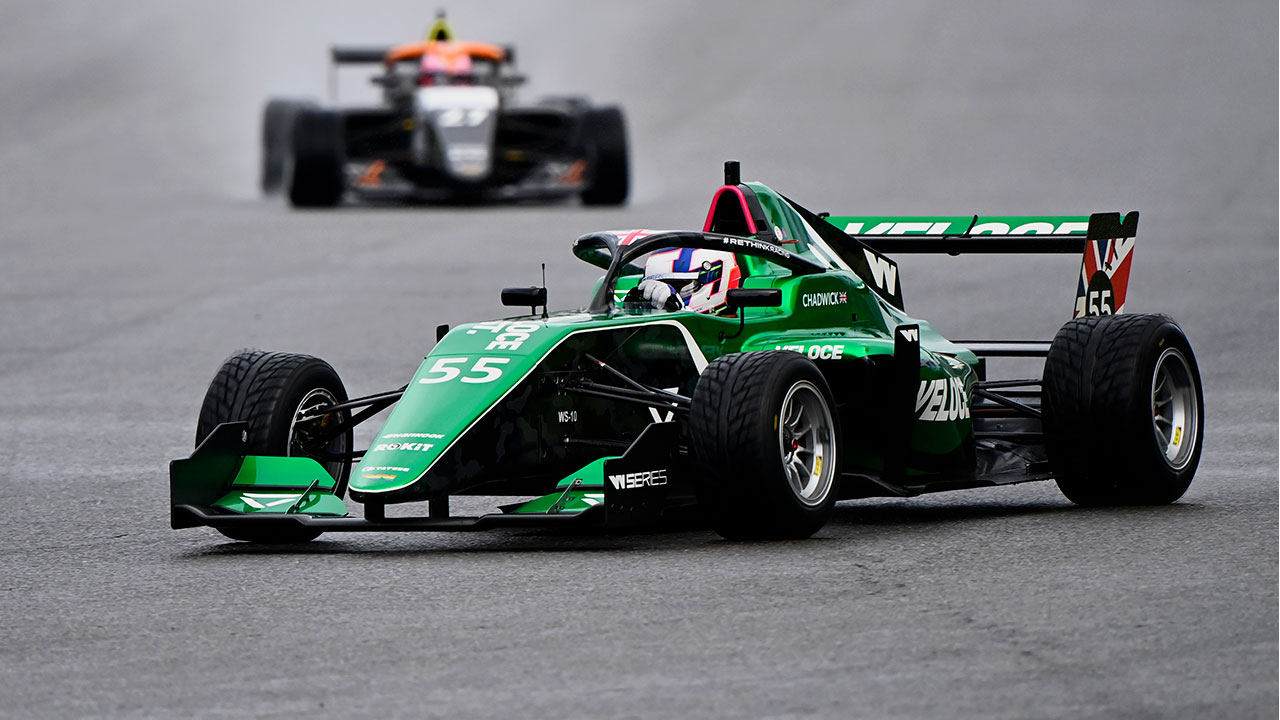 Veloce Racing returns to the track this weekend (3-4 September) for Round 6 of W Series as battle is set to resume at the fast and flowing circuit of Zandvoort, Netherlands.

The Formula 1 package returns to the recently reprofiled Dutch circuit for the first time in 36-years and this time round, the all-female W Series championship is joining the support bill for a weekend of non-stop action.

During a dramatic and mixed conditions event at Spa-Francorchamps last weekend, Jamie Chadwick extended her championship advantage to seven points by claiming a hard-fought second-place finish.

Yet another dominant display in qualifying saw the reigning champion set a lap time seven-tenths clear of the chasing pack to take her third pole position of the season.

Chadwick followed up her strong Friday form with her fourth podium from five rounds in 2021. A near-perfect start meant the 23-year-old enjoyed a comfortable margin for much of the race but Emma Kimiläinen would ultimately overhaul the Veloce Racing driver and snatch victory in the closing stages.
Further down the field, Bruna Tomaselli was one of many drivers caught out by the treacherous conditions at the iconic Belgian circuit.

Having qualified competitively in 10th, the Brazillian rookie would suffer a two-place grid penalty for a pit lane infringement to line up 12th for the race. Following an impressive demonstration in defensive driving, Tomaselli fall victim to the challenging track conditions tumbling down the order and ultimately finishing 15th.

Jamie Chadwick, Driver, Veloce Racing commented: “It’s a great feeling to be going racing again so soon after the last event. Although I was disappointed not to take the win at Spa, it was a good result overall because we extended our lead in the championship.

“I’m really looking forward to driving here at Zandvoort. It’s a really challenging circuit and the banked corners look like they’ll add an extra element to the racing.”

Bruna Tomaselli, Driver, Veloce Racing commented: “After a tricky weekend at Spa I’m really going to enjoy the opportunity to bounce back immediately here in the Netherlands. I’m still hunting that first podium and I think this would be a great place to get the job done!

“The track looks incredible. The profiling they have done to add banking to some of the corners should be really exciting to drive and having multiple cars going through these corners is going to be great to watch!”

Mariella Bailey, Team Principal, Veloce Racing commented: “From one iconic track in Belgium to another in the Netherlands, what an amazing double-header we have on our hands here! For Formula 1 to be heading back to Zandvoort after so many years is going to be really special.

“Both Jamie and Bruna have done an amazing job so far this season and this race presents another opportunity to show what we’re made of. Extending the championship lead even further has to be the target for Jamie and Bruna will be targeting more points and maybe even a podium!”

This weekend's W Series schedule sees practice run from 11:55 to 12:25 on Friday, 3 September, followed by a 30-minute qualifying session at 15:30. The race - set to last 30 minutes plus one lap - will start at 15:30 on Saturday, 4 September. British fans can watch Round 6 on Channel 4 from 14:00 on Saturday, while supporters around the world can keep up to date by visiting W Series' digital and social channels.