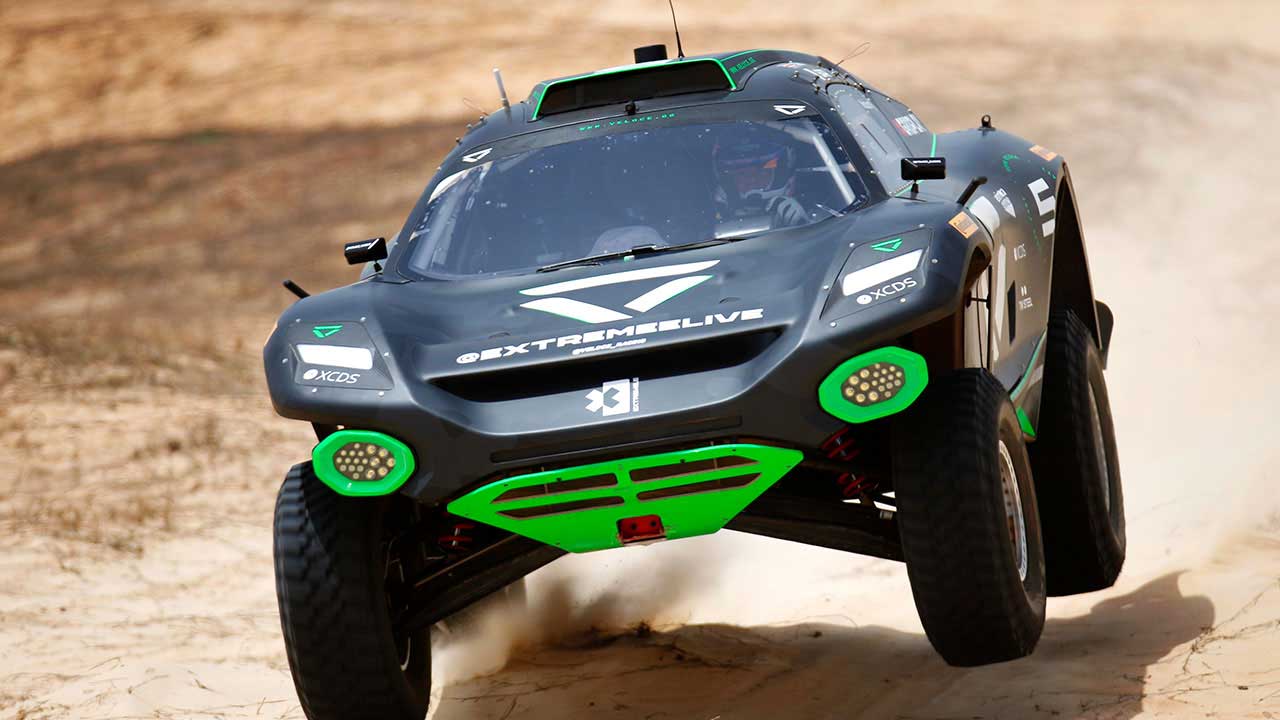 Veloce Racing arrived in Lac Rose, Dakar, Senegal having failed to complete a lap in competitive running at the Desert X Prix season-opener. Drivers Jamie Chadwick and Stéphane Sarrazin didn’t let that stop them from setting consistent times in both qualifying runs, eventually ending the day by progressing through to tomorrow’s Semi-Finals.

A fifth place finish and total time of 23:05:370 was the result of a sensational effort from both drivers, ultimately competing against a field who have an extra event’s worth of experience in the Extreme E series.

The Veloce Racing squad will go wheel-to-wheel with three other cars in tomorrow’s Semi-Final for the very first time against the spectacular backdrop of the Atlantic Ocean.

Two-time Formula E Champion and Veloce Co Founder Jean-Eric Vergne was also on hand in the Extreme E Command Centre to support the team with his years of motorsport experience, an invaluable asset in such a new and innovative series.

Jean-Eric Vergne, Co-Founder, Veloce Racing said: "I’m very happy with what the team has done. It was very important to get some laps in. We improved a lot from the first qualifier to the second qualifier so I hope for a big improvement again tomorrow."

Ian Davies, Team Manager, Veloce Racing said: “Today has been a bit of a war of attrition. We have played the percentage game, we had two good, clean runs. We could see the track was deteriorating and of course some of the other teams were having problems. I think overall it was a good solid performance, we let the race come to us to a degree and ended up a fantastic P5!”

Jamie Chadwick, Driver, Veloce Racing said: “First qualifying day under our belts. I think ultimately the main aim going into today was just to get through it. Step by step, we made good progress, there’s a lot of positives to take from today and its brilliant to be in the Semi-Finals tomorrow!”

Tomorrow’s action gets underway at 11h00 BST with the Semi-Final broadcast via Extreme E’s YouTube channel before the Final at 17h00, Veloce Racing will need a top two finish in their race to secure a spot in the last race of the weekend.