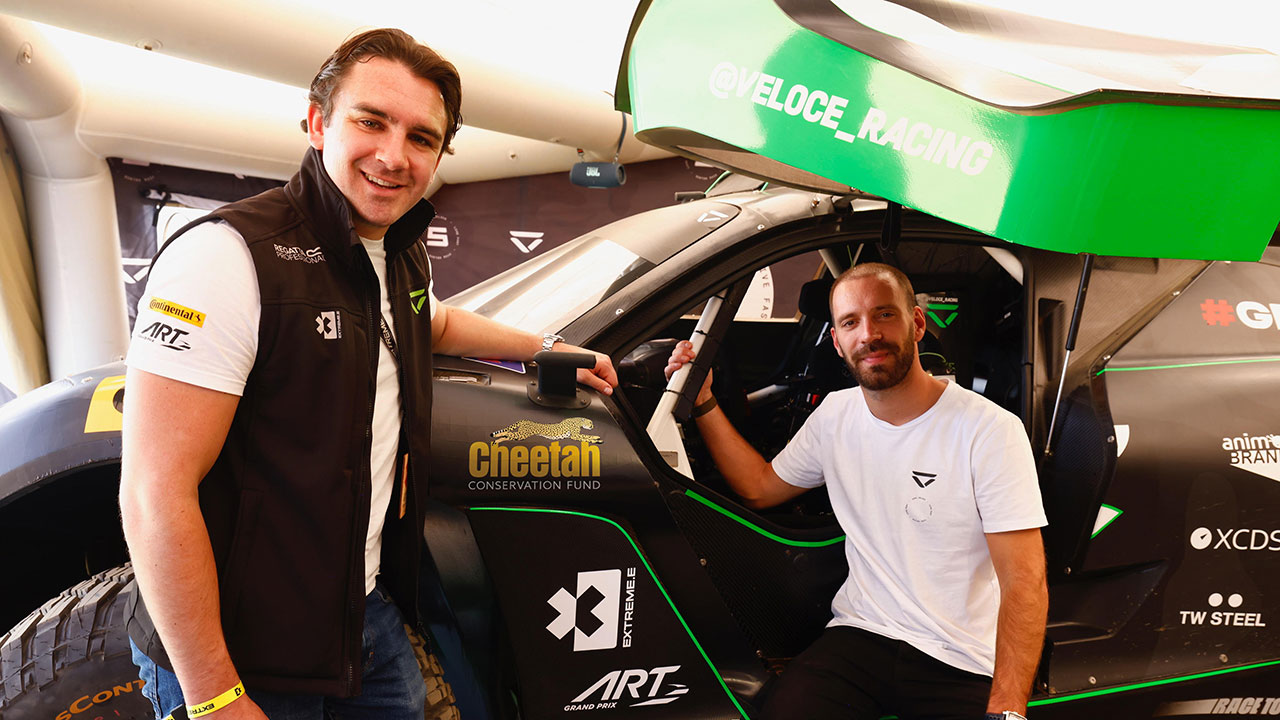 Veloce Racing and its Co-Founder Jean-Eric Vergne have announced a pertinent partnership at Extreme E’s Island X Prix in Sardinia, Italy this weekend.

Together with the Cheetah Conservation Fund (CCF), the London-based squad plans to leverage its position as a motorsport team competing in a global, forward-thinking and innovative championship to raise awareness of Africa’s most endangered big cat.

With just 7,500 of its kind remaining in the wild, the cheetah faces many threats so CCF focus efforts on reducing human-wildlife conflict, through supporting and training farmers and local communities, reducing the illegal wildlife trade(IWT) and educating the next generation of conservationists and scientists.

As a newly-announced Global Ambassador for the organisation, Vergne will work with Veloce to raise awareness and funds to stop the cheetah racing towards extinction, through events, media appearances and the team’s sporting endeavours.

Dr Laurie Marker, ED and Founder CCF said: "CCF are so incredibly proud to be partnering with UK-based Extreme-E racing team, Veloce. We could not think of a more fitting partnership to raise awareness and funds to help save the world's fastest land animal from extinction. Through our collaboration, we hope to make huge strides towards achieving our vision of a world in which people, cheetahs - and all wildlife - can thrive alongside each other."

Jean-Eric Vergne, Co-Founder, Veloce Racing added: "Cheetahs are the most endangered big cat in Africa. Fewer than 7,500 remain in the wild. By partnering with CCF, we hope to raise global awareness of the plight of the cheetah as this iconic species embarks on the biggest race of its life - the race for survival. I have always been interested in felines and most importantly the cheetah so I'd really appreciate it if you could support this cause so dear to my heart."