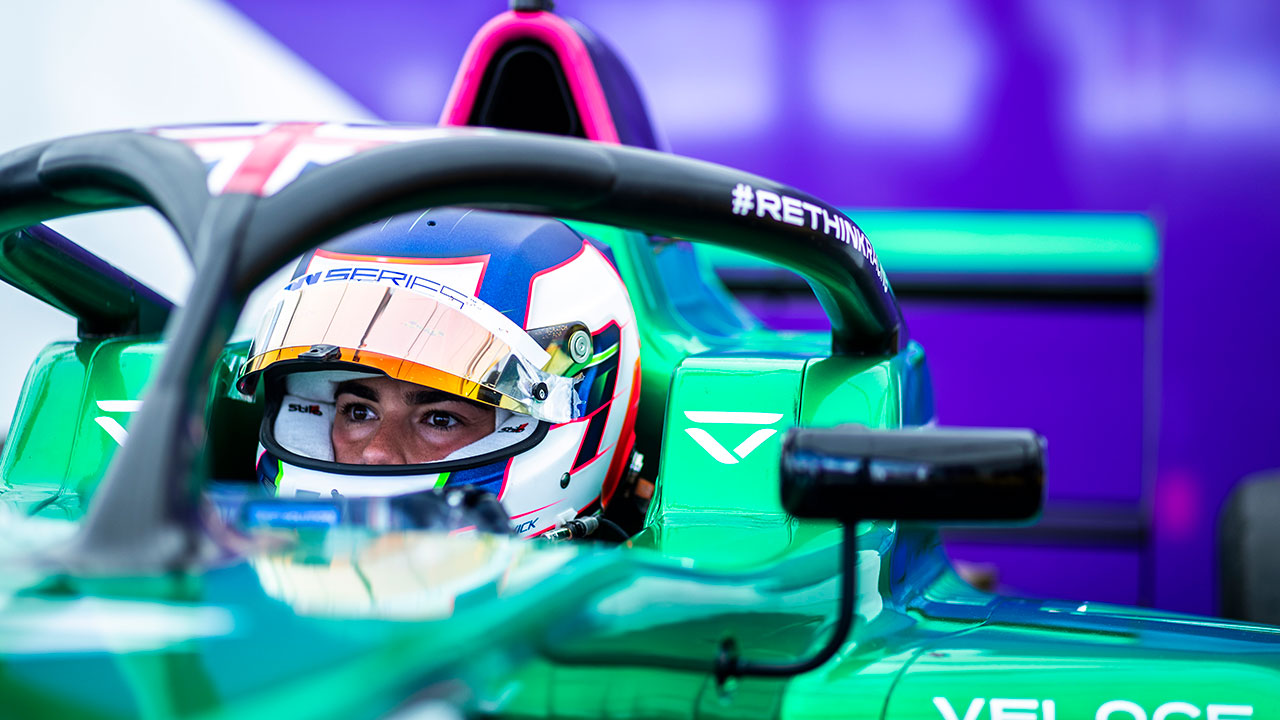 Veloce Racing made its competitive single-seater debut at the Red Bull Ring in Spielberg, Austria last weekend (25-26 June). Five days later, the team is all fired up for Round 2 (2-3 July) with the aim of building on promising speed shown by both its drivers in the opening race, despite a cracked turbo pipe hampering reigning champion Jamie Chadwick throughout the event.

Last weekend’s dramatic curtain-raiser was a race of two halves for Chadwick, as the 23-year-old was cruelly denied the chance to fight at the front after Racing X’s Jess Hawkins made contact at the start of the second tour.

Falling to the back of the pack, Chadwick made a spirited effort to make up the time lost and did so en route to the fastest lap of the race so far. Despite her obvious pace advantage and spectacular turn one lunges, she was unable to find a way past the cars in front.

The late-race safety car signalled a turn in fortunes, and at the restart Chadwick took full advantage of the chaotic melee that ensued. She emerged in seventh position and following a post-race penalty for Hawkins, was elevated to sixth place – a commendable result after a disastrous start and engine troubles affecting her speed down the straights across the weekend.

Bruna Tomaselli on the other hand was soaking up as much as much experience of the track, car and series as possible. The Brazilian spent much of the race battling on the fringes of the points paying positions before getting tangled up in the restart carnage.

An 11th place finish was the final result for the rookie signalling an eye-catching debut and showcasing her raw speed, she is already looking to build on her initial pace ahead of the second round of the Austrian double-header.

Full capacity crowds will also be making their long-awaited return to the Formula 1 paddock this weekend providing a drastically different atmosphere to the previous event.

Jamie Chadwick, Driver, Veloce Racing said: “I had mixed emotions after the first race, technical issues throughout the weekend and the contact at the start made for an eventful race but I’m happy to have got some points out of it with P6.

“I’m really excited for another bite of the cherry this weekend! All being well with the car, and barring any incidents with anyone else, I think we have the pace to run at the front of the pack and I’m eager to show that this weekend. It’s also going to be brilliant to welcome back grandstands filled with fans – I can’t wait!”

Bruna Tomaselli, Driver, Veloce Racing said: “My first-ever W Series race was really enjoyable. There’s a lot to get up-to-speed with but I feel like I was on top of everything, of course with any series like this, the most valuable thing is time in the seat so I think a bit more of that this weekend should help further my development.

“It would be really nice to come away from the opening two races with some points so I think that’s the aim this weekend. We came really close in Round 1 so its definitely possible. Now I’m just excited to get back out there!”

Rupert Svendsen-Cook, Team Principal, Veloce Racing said: “It’s great to have a double-header as the first event! We hit the ground running last weekend and despite the issues Jamie had, we bagged a decent result.

“We’ll definitely be looking to build on the pace we had at the first race. Bruna [Tomaselli] is getting quicker every time she goes out on track, and of course we know the amazing talent that Jamie [Chadwick] has at her disposal so we’re aiming high for Round 2.”