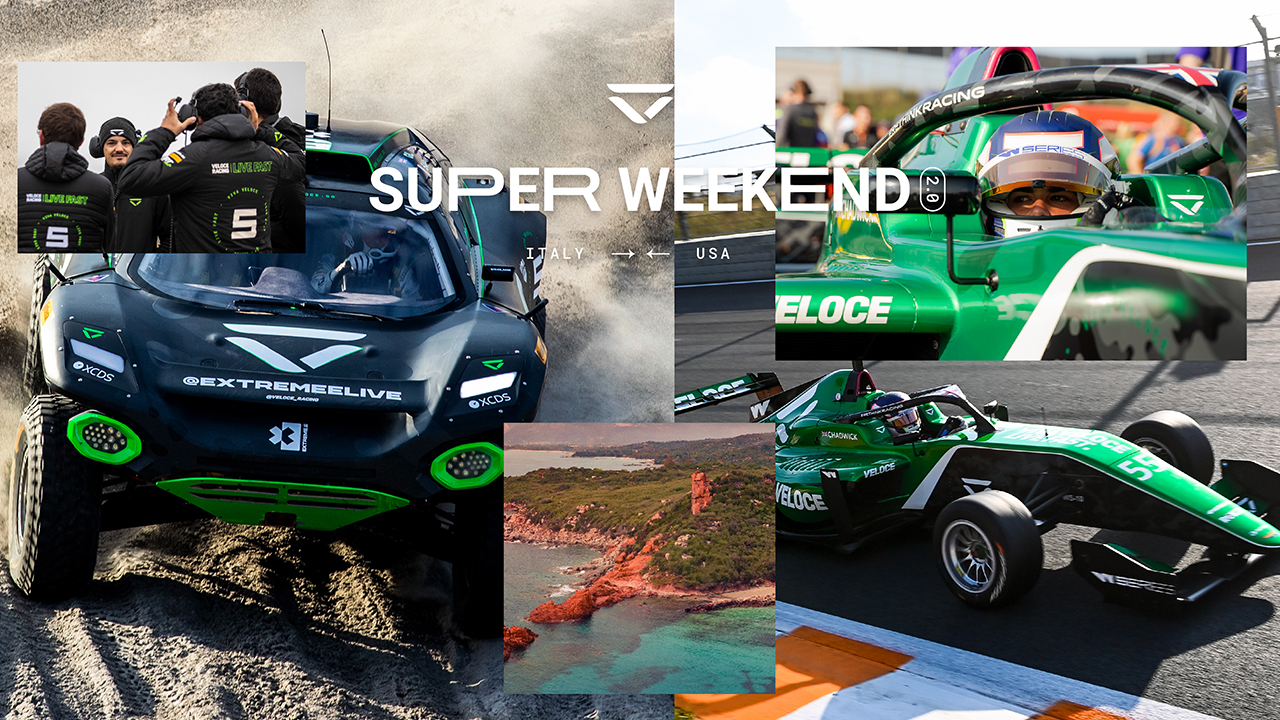 Veloce Racing is primed for a historic weekend (22-24 October), with the team set to race across two different series in two different countries simultaneously.

For the first time since its inception, and in only its first year of competition, Veloce Racing finds itself with an opportunity to fight for a championship this weekend as the W Series season reaches a dramatic conclusion in America.

Veloce’s own Jamie Chadwick and season-long rival Alice Powell have been trading blows throughout the season, with the leader of the Driver’s Championship changing at almost every race this year.

As we enter the final race weekend of the campaign, the British pairing sit equal on points at the summit of the standings. The title battle couldn’t be closer and with sessions coming at the drivers thick and fast in Austin, there is a scintillating championship showdown in prospect.

Brazilian rookie Bruna Tomaselli, meanwhile, is aiming to complete her maiden W Series campaign on a high note, targeting points finishes and podiums at the Circuit of the Americas.

In Europe meanwhile, the Extreme E squad will be hoping to bounce back following a captivating Semi-Final last time out which, despite thrilling fans with a fearless lunge over the infamous ‘Rock Garden’, ultimately ended in heartbreak for the team.

Despite ending the Arctic X Prix with a broken suspension and finishing just shy of a spot in the Final, Stéphane Sarrazin’s all-or-nothing gamble will certainly be remembered as one of the moments of the inaugural Extreme E season.

New Zealander Emma Gilmour’s debut weekend with the team saw her showing excellent pace and gaining moment throughout the event, and now with an established relationship with Frenchman Sarrazin, the dynamic duo are sure to put in some eye-catching performances in Sardinia.

Extreme E visits Europe for the first time at the Island X Prix as the series reaches the business end of its first season. Qualifying 1 and 2 are scheduled for Saturday while the finals are set for Sunday.

Fans can watch all of the action unfold with both series’ enjoying live television coverage – for more information visit the Extreme E and W Series websites.

“It’s amazing to be coming to the season finale in with a shout of taking the title again. Alice [Powell] and I have had a great battle this year so I think we’re both hoping for a close, but fair showdown. I’m targeting that first title for Veloce, that would be really special for me and the team.”

“In Greenland, we came so close to the Final so naturally we are all wanting to get back on the course. We had strong pace last time out so I think we can definitely capitalise on that and now Emma [Gilmour] and I have some more time working as a team, I think we can bag a good result in Sardinia.”

“I’m hungry to bounce back after a tough race in Zandvoort. The aim has to be to get more points and maybe even a podium to finish off my first season, the pace has been there this season so now it’s time to capitalise on it.”

“It’s so exciting for everyone at Veloce that we could be about to win our first-ever championship. It’s anybody’s game with the top two tied on points, it could go either way, but I think we just need to keep calm and take each session as it comes.”

“This is Veloce’s biggest weekend in our short history. It’s going to be a challenge for the drivers and the team but I know we’ll adapt to anything that is thrown our way and deliver as usual this weekend. We have an opportunity to take our first championship in W Series which is incredible considering we’ve only been racing in 2021, meanwhile, in Extreme E we’ll of course be targeting another appearance in the Final!”