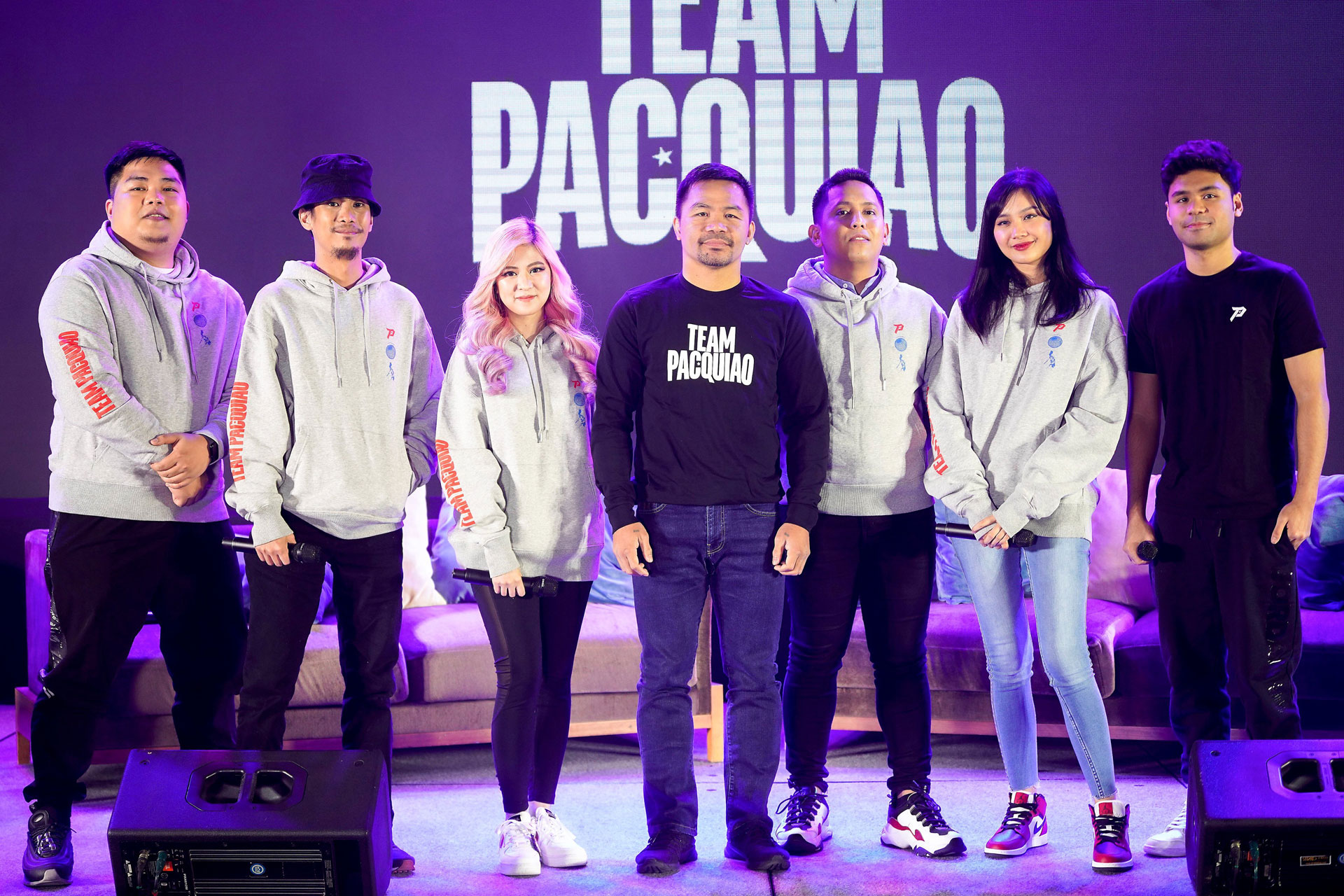 Manila, Philippines — Boxing legend and worldwide sporting icon Manny Pacquiao this weekend launched his own esports organisation, ’Team Pacquiao GG’, (TPGG) to become the pound for pound, gaming, esports, and content heavyweights of Southeast Asia. A replay of the team’s live-streamed launch event can be found on the team’s official Facebook page.

Founded by Manny and brought to life by Veloce, Team Pacquiao GG will have a core focus on gaming content and events to start and will move into building its own professional esports rosters as the brand grows. TPGG’s long-term mission is to build the national gaming team of the Philippines that will compete across all of Asia. As a first step towards this long-term ambition, Team Pacquiao GG will be launching a series of premiere and grassroots tournament in Q1 of 2022 that will run throughout the year across a variety of popular titles within the region from Mobile Legends to Valorant.

The team aims to facilitate the discovery and development of upcoming Filipino talent, providing them with a platform to become professional gamers, content creators, and gaming industry professionals.

“We are launching Team Pacquiao to further Filipino excellence in international esports competition. Our purpose is to become the pound for pound esports heavyweights of Southeast Asia through community engagements, professional teams, content creation and charitable giving.

“Esports is not just an online phenomenon but a legitimate, growing sporting industry around the world with career and business opportunities. We have partnered with The Veloce Group to build Team Pacquiao together to create something special not only for the Philippines, but also globally.

As I step away from boxing, I want to continue to give something back to the Filipino people who have given me so much support and love in my career.”

Manny and Veloce have handpicked five of the most talented Filipino male and female content creators as founding members of Team Pacquiao GG, all of whom have built careers within gaming and streaming and share Manny’s passion to create opportunities for the next generation.

“This is a key strategic move for Veloce as we look to build out our joint-venture and shared ownership gaming entities off the back of our success with Quadrant with Lando Norris.

Team Pacquiao GG represents our first joint-venture entity in Asia and we’re honoured to be creating something that raises the bar within the region alongside an incredible team of creator talent as well as the man himself, Manny Pacquiao.