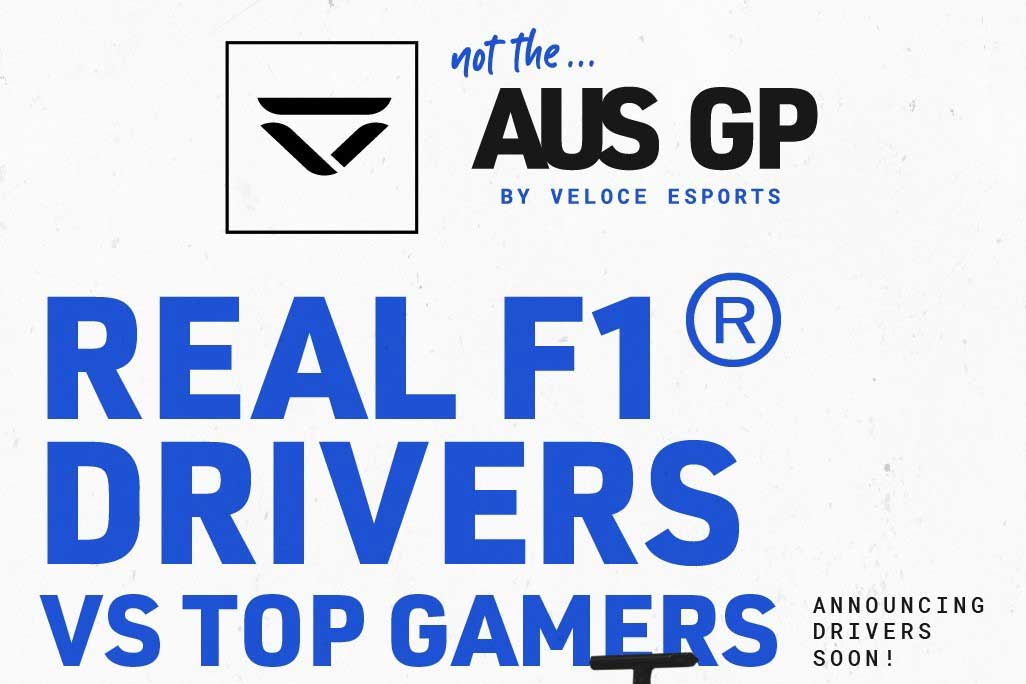 Leading Formula 1 driver Lando Norris is the first confirmed real-world star set to take on some of the world’s highest-profile gamers and influencers in a virtual Australian Grand Prix this Sunday (15 March), in an initiative pioneered by leading esports organisation Veloce Esports.

Following this morning’s confirmed cancellation of Melbourne’s curtain-raising Formula 1 race – scheduled for this weekend – in the wake of the escalating global COVID-19 pandemic, the Veloce Esports team reached out to McLaren Formula 1 ace Norris, a keen gamer himself.

The young British driver was immediately keen to be involved, and once his participation was confirmed, a raft of gamers and streamers from within the Veloce Esports stable were selected to join the 20-year-old on the virtual Albert Park grid on Sunday – a rare opportunity to gauge their skillset against one of the planet’s very best real-world racing drivers.

Amongst the confirmed gamers are Benjamin Daly (Tiametmarduk), Aarav Amin (Aarava) and Formula 1 Esports Series front-runner Daniel Bereznay, all of whom will be participating remotely. Veloce Esports is additionally awaiting confirmation from a number of other F1 drivers regarding their participation in the race upon their return from Australia.

A qualifying session will be followed by a half-distance race, which will run under the title ‘Not the Australian Grand Prix’. All of the action can be followed live via the Veloce Esports YouTube and Twitch channels with the race set to start at 17:45 GMT. Keep up-to-date with all key timings via Veloce Esports’ various social media platforms.

“I didn't want to miss out on an opportunity to race this weekend, and as a gamer, this seemed the perfect way to have fun and compete – while hopefully giving the fans something to watch too! We are all mindful of the current health situation and are hoping for the best. The great thing about esports is that all competitors can stream remotely."

“Following the cancellation of multiple races across a range of championships, I believe it is our duty at Veloce Esports to continue the racing we all love to see over the next few months. With our platform and the fact that everyone can race from home, while we wait for the coronavirus to be brought under control, we see a huge opportunity to assemble all racing drivers and pro esports drivers to compete against each other. This will provide amazing new racing that racers and fans will love to watch.”

“We are thrilled to be able to offer motorsport and Formula 1 fans an alternative to the cancelled Australian Grand Prix this weekend, and we believe our ‘Not the Australian Grand Prix’ is the perfect solution. Through Veloce Esports’ prior connections with Lando Norris and our first-class stable of pro-gamers and streamers, we have been able to pull together in a very short space of time a tantalising field for Sunday’s race. We are all hugely excited to see how the action unfolds. It’s going to be unmissable!”