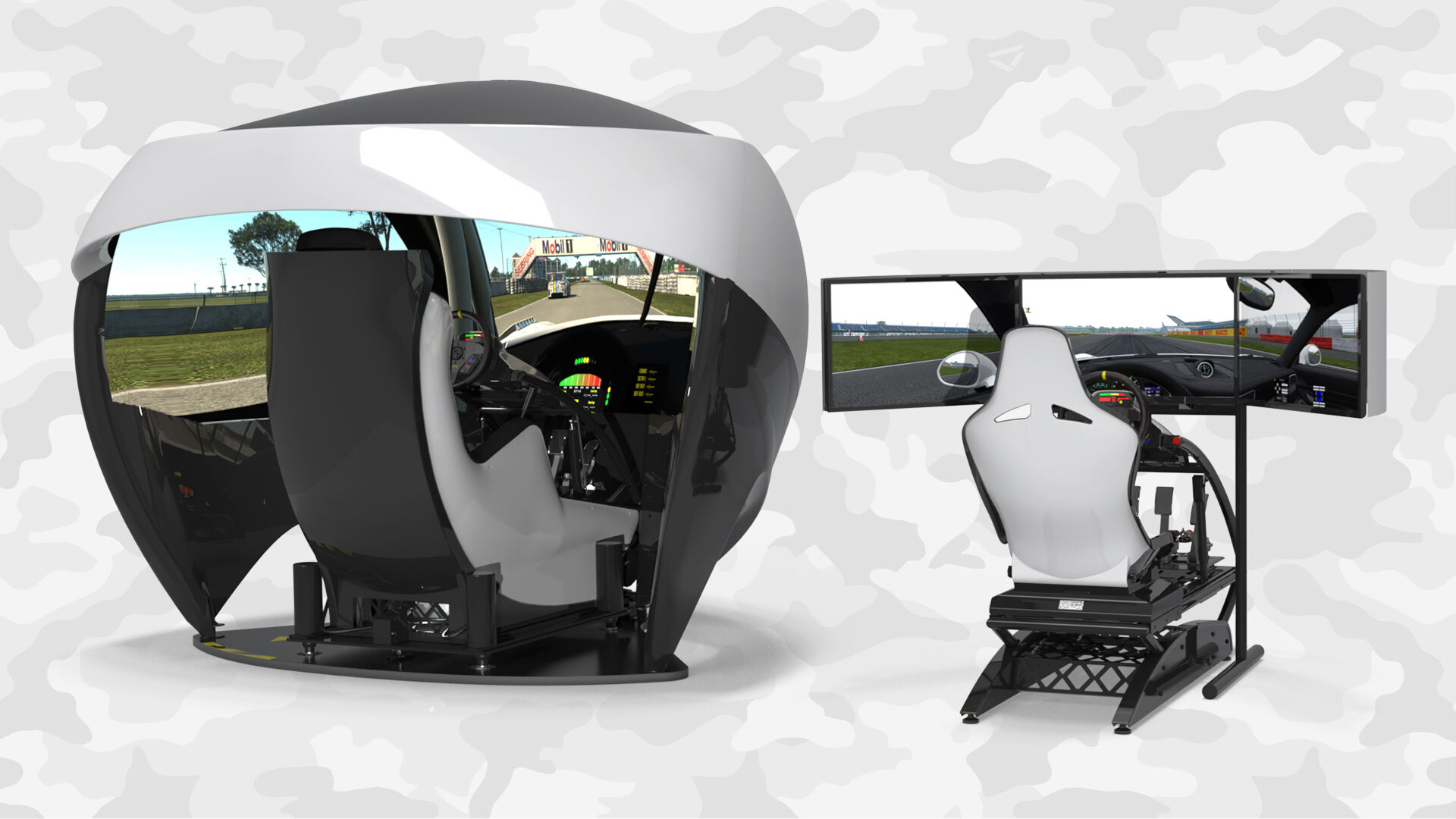 Having worked together with Motion Simulation over the past three years, Veloce announced a partnership agreement earlier this year focussing on product development and sales.

Demonstration TL Series and LC Series simulators are available for test drives on the following date at the Veloce Headquarters in Fulham, London:

To secure your early test drive please book a slot via info@motionsimulation.com stating your interest as soon as possible, as places will be allocated on a first-come, first-served basis. If you cannot make this date, let us know we will see how we may be able to accommodate you.

New for 2022 TL3 features include ultra-high performance, low latency direct drive steering for the most accurate force feedback solution on the market, a revolutionary airwave system forcing cool air towards the drivers’ hands and face as well as an auto-tension G-Harness that accurately replicates the braking g forces felt by a driver in a real-world racing car.

These immersive features and many more are included on the 2022 TL3 Series designed for commercial or high net worth individuals that want the very best.  Prices for the TL Series start at £49,995 exc tax and shipping.

This experience has shown a growing need for premium Esports and home use simulator products and so, the LC Series was born. Bringing the quality, design, ergonomics and innovative features from the TL Series into a more compact, portable solution specifically developed for these emerging markets.

Features of the LC Series include the world’s first variable driving position cockpit allowing the user to easily switch from Formula to GT to Sports and Saloon car driving positions and Rigid Lock, a system that quickly and easily allows the driver to adjust their steering wheel position within seconds. As well as market-leading ergonomics, the LC Series will be available in Standard or “Pro” packages (which include specifically designed mounting plates for pro-level steering and pedals). Veloce-developed options including single and triple screen TV/monitor stand with variable height adjustment as well as various motion options with pitch, roll and heave movements.

Prices for the LC Series start at just £995* without a seat or £1395 with one of two seat options.  The Pro Series starts at £1695*.  There will be full turnkey (plug and play) packages which include controls, PC and screens being made available, pricing TBC.

Motion Simulation is a world leader in innovative racing car simulation product development and design with over 12 year’s experience in the professional and commercial simulation markets.

For 2021, the company will be launching new products specifically focused on the growing Esports and Home use markets.   Jonathan Bell, Motion Simulation’s founder has owned and run some of the world’s best racing cars and has extensive experience of how a car feels on the limit of traction, so critical in maximising performance.

Motion Simulation worked in partnership with a world championship Formula 1 team and a leading university in simulation to define the optimum product and performance requirements. All products are designed and manufactured in the United Kingdom ensuring the highest quality and reliability tested over years of development with over 50,000 test drives to date and sales around the world.