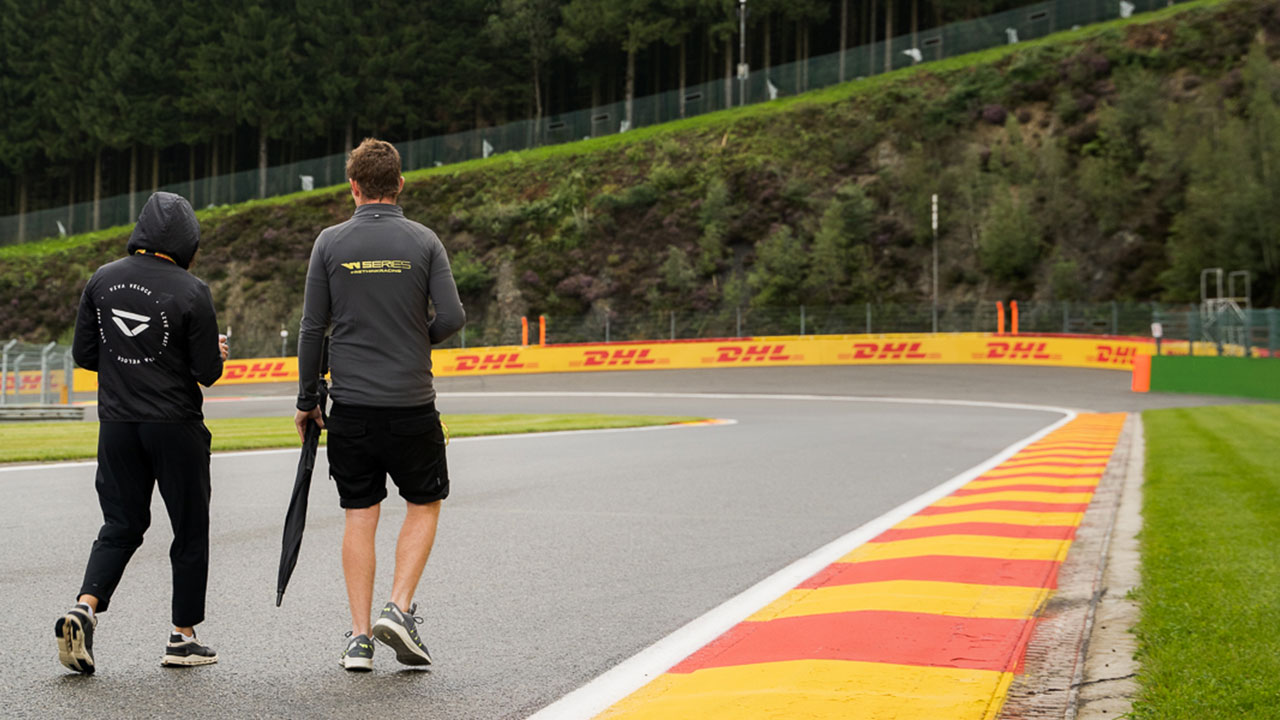 THE WHO, WHAT, WHEN, WHERE AND WHY OF VELOCE RACING’S W SERIES AND EXTREME E SUPER WEEKEND

Veloce Racing presents: ‘The Super Weekend’ from 27-29 August as the London-based squad embarks on its most ambitious race weekend to date. Jamie Chadwick and Bruna Tomaselli will be racing around the legendary Spa-Francorchamps circuit as W Series returns from its summer break while Emma Gilmour joins Stéphane Sarrazin in Greenland for the third round of Extreme E’s 2021 season – the Arctic X Prix.

It's set to be a weekend to remember for Veloce Racing so we wanted to give our fans all the information to keep up to date with both series’.

18 of the world’s fastest off-road drivers have assembled to form the grid for Extreme E’s Arctic X Prix while 20 of the best female racers will line-up on the grid for Round 5 of W Series 2021.

W Series is a free-to-enter championship, launched in October 2018, that provides equal opportunities for women and eliminates the financial barriers that have historically prevented them from progressing to the upper echelons of motorsport.

W Series drivers are selected purely on their ability and the series’ cars are mechanically identical, which means that W Series races and championships will be won by the most talented drivers, rather than those with the wealthiest backers.

The more high-profile female role models it can create, the more W Series believes it will inspire young girls to go karting, bringing more females into the grassroots of the sport. Central to W Series’ mission is the idea that if you can see it, you can be it. This year W Series will race alongside Formula 1 at eight Grand Prix weekends.

New for 2021, Extreme E is an innovative, off-road motorsport series that sees all-electric SUVs going wheel-to-wheel in areas that have been affected by climate change. Each race will feature two laps over 16 kilometres, with the male and female drivers taking an equal split of driving time – one lap each – swapping over at the halfway point.

Greenland will see a revised race format with qualifying taking place on Saturday 28 August – one session in the morning and one in the afternoon – with each team completing two laps of the course, one per driver with a switch. The times recorded across the morning session will equate to classification points meaning first place receives 9, second place 8, third place 7 points and so on. The same then happens in the afternoon with classification points awarded on the same scale.

The combined total of these classification points provides the intermediate standings, which is based on points instead of times as seen in Saudi Arabia and Senegal, meaning a fairer opportunity for all teams to progress. These points do not equate to championship points – they are awarded in the same way as previous rounds.

Races will take place as follows:

• The teams will be listed 1st to 9th place based on the total combined points of each team’s two Qualifying runs.

• Teams placed in first, fifth and sixth progress to Semi-Final 1, where the top two finishers claim spots in the Arctic X Prix Final.

• Second, third and fourth from Qualifying go through to Semi-Final 2, where again the top two progress to the Arctic X Prix Final.

• The bottom three teams (7th, 8th and 9th) head to the Crazy Race, with the winner reaching the Arctic X Prix Final

Channel 4 will broadcast the W Series feature race in full with event build-up from 15:00 BST.

Round 4 of the 2021 W Series campaign is hosted by the legendary Spa-Francorchamps circuit in Belgium. This iconic track is a favourite among drivers and is sure to put the field through its paces.

The infamous Eau Rouge corner is synonymous with Spa along with Les Combes, and the high-speed Pouhon and Blanchimont corners. When combined, they make up one of the world’s greatest racing circuits.

All of the Extreme E action will be broadcast around the world on a variety of networks, including ITV, the BBC iPlayer and Red Button application, Sky Sports and BT Sport in the UK, plus the championship’s official website.

For the Arctic X Prix, in Kangerlussuaq, Greenland the series faces an entirely new challenge with a very different surface and terrain to those seen in Saudi Arabia and Senegal. This time out the drivers will be racing alongside the spectacular Russell Glacier navigating a mix of open plains and dunes, all of which has been shaped the streams of water coming from the melting ice.

With the UN’s gender equality deadline of 2030 closing in, the world needs to fast track change. W Series believes it can be an important cultural catalyst for female empowerment. The series aims to build the world’s most popular and inclusive female sporting series that inspires and empowers females to be apart of motorsport on equal terms with men. In the process, it hopes to create a platform to accelerate gender equality the world over.

Extreme E focusses on highlighting critical climate change issues around the world, with the aim of developing sustainable technologies. Gender equality is also at the forefront of the series’ agenda with each team running one female and one male driver.

Each X Prix has its own Legacy Programme that looks to leave a positive, lasting impact in each of the race locations. In Greenland, Extreme E has partnered with UNICEF, the world’s leading children’s organisation, for its Legacy Programmes to empower young changemakers – around 3,600 young people – in the country by reimagining climate education in Greenland, helping children understand and address the climate related issues which are putting them, and future generations at risk.