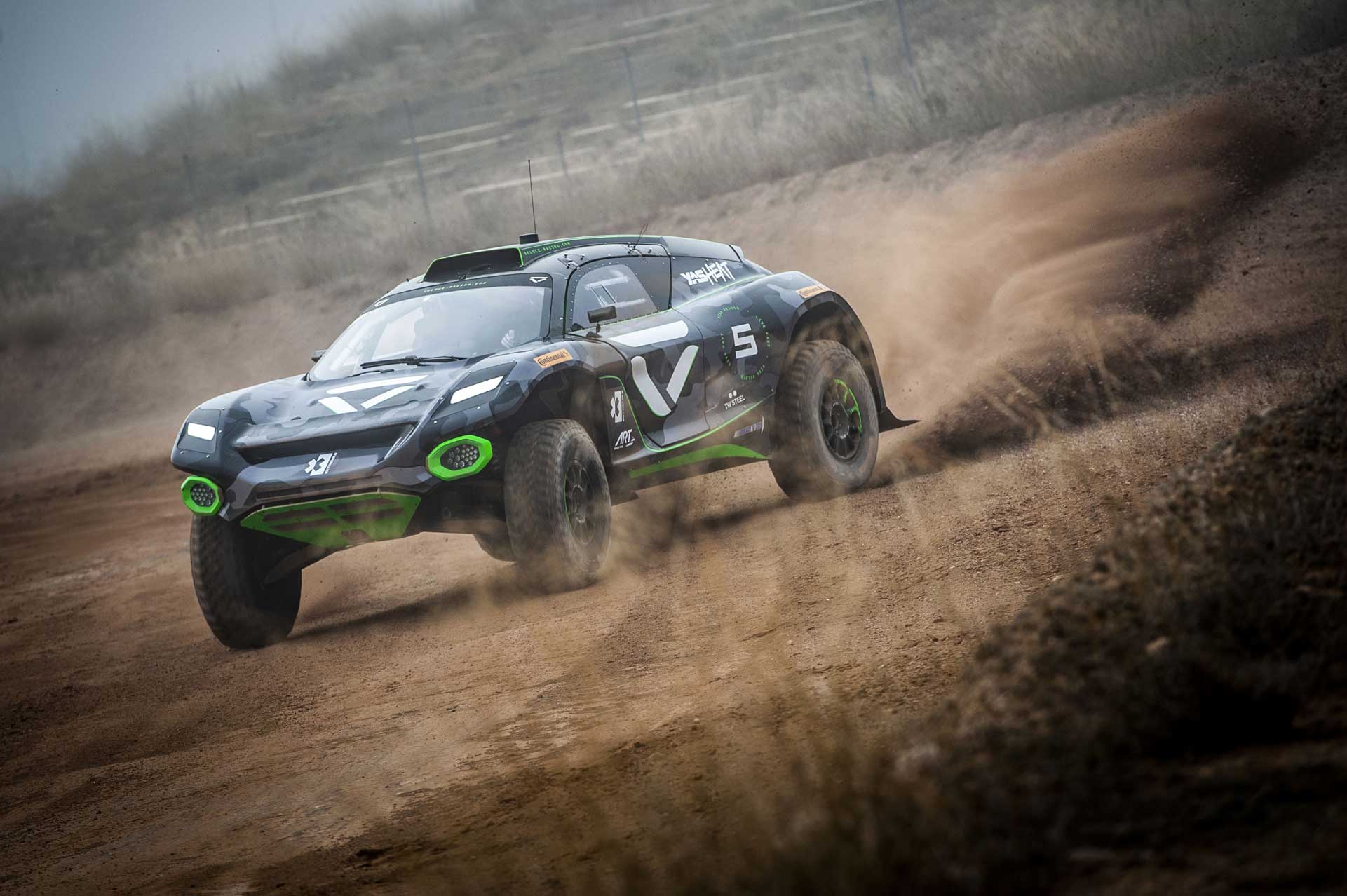 Veloce Racing will embark upon its greatest adventure to-date this weekend (3/4 April), as the time has finally come to get the inaugural Extreme E season underway in the spectacular setting of AlUla, Saudi Arabia.

Having begun life as a sports management agency before transitioning into a hugely successful esports franchise, Veloce is the first organisation in history to bridge the gap between virtual and real-world motorsport in that order, with Veloce Racing launching in September, 2019.

It has been a long road from that moment to the point where the team now finds itself – ready to contest the maiden Extreme E race, the eagerly-anticipated Desert X Prix in Saudi Arabia. The conditions will be harsh and unforgiving, while the sporting format will be unlike anything our drivers, or indeed the rest of the paddock have experienced before.

As a sport for purpose, Extreme E exists to shine a spotlight on the effects of climate change and human interference in some of the most remote environments on the planet, with the objective of encouraging the watching world to take a stand and adopt steps to drive genuine change.

With that in mind, ahead of every race weekend, a Legacy Programme will aim to give something back to the local community, in which Veloce Racing drivers Jamie Chadwick and Stéphane Sarrazin will both play a leading role – before climbing into the cockpit of the team’s 400kW (550bhp) ODYSSEY-21 E-SUV for the competitive action. The pair will take it in turns in each race to tame this beast, which is capable of reaching 100km/h from a standing start in just 4.5 seconds and tackling gradients of up to 130 per cent.

Inaugural W Series Champion Chadwick is eager to hit the ground running on her competitive off-road debut. The 22-year-old Williams F1 Development Driver has partaken in an intensive pre-season training programme to get up-to-speed with an entirely new motorsport discipline and a challenge unlike any other she has previously faced.

Experienced French racer Sarrazin, meanwhile, brings with him the benefit of 28 years of experience across myriad racing disciplines – including Le Mans, Formula 1, Formula E and the FIA World Rally Championship – and track surfaces, making the 45-year-old perfectly-placed to venture into unknown territory in the desert.

With no spectators permitted on-site – in-keeping with Extreme E’s environmental ethos and commitment to minimise its carbon footprint – the racing will be broadcast all around the world on a variety of networks, including ITV, the BBC iPlayer and Red Button application, Sky Sports and BT Sport in the UK, plus the championship’s official website.

“I’m just so excited to start racing in AlUla. This is massively different to anything I’ve done before, but I’ve trained harder than ever and spent a lot of time trying to understand the unique challenges this series will throw at us.

“It gives me a lot of confidence that I’ll be alongside someone as experienced as Stéphane going into an innovative championship like Extreme E with such unprecedented rules and sporting formats.

“I’m hopeful of a strong result straight out-of-the-blocks, but I certainly don’t underestimate the level of competition in the field. I think ultimately, it’s going to come down to who can adapt the quickest and learn how the series works from the word ‘go’ – none of us quite know how things are going to play out!”

“What a journey it has been to get to this stage! I think the team are all in really good shape ahead of the first event. We have all done our best to prepare and given the current circumstances around the world, it’s been an amazing effort to get everything organised for this race.

“Jamie and I are both ready for the challenge and excited to go racing! There are so many big motorsport names involved that it’s going to be an extraordinary spectacle – particularly against such a breathtaking backdrop.

“It’s also going to be a really great experience to involve ourselves in the Extreme E Legacy Programmes and leave a lasting positive impact at each of the race locations. That is something that will be really special.”

“Finally, it’s race week! We’ve waited a long time to say that in Extreme E, but now it’s here and the whole Veloce Racing team are so eager to get started, including myself!

“Jamie and Stéphane make a great partnership. Between them, they have a huge amount of experience and raw talent, so I’m very confident that we will be in the mix in such a high-calibre and star-studded field.

“AlUla is going to pose its own challenges, logistically and of course when it gets down to the racing. It’s certainly going to be very different to what anyone in Extreme E has done previously, and being such a leap into the unknown, I think everybody has an opportunity to bag a result here so it will be fascinating to watch.”