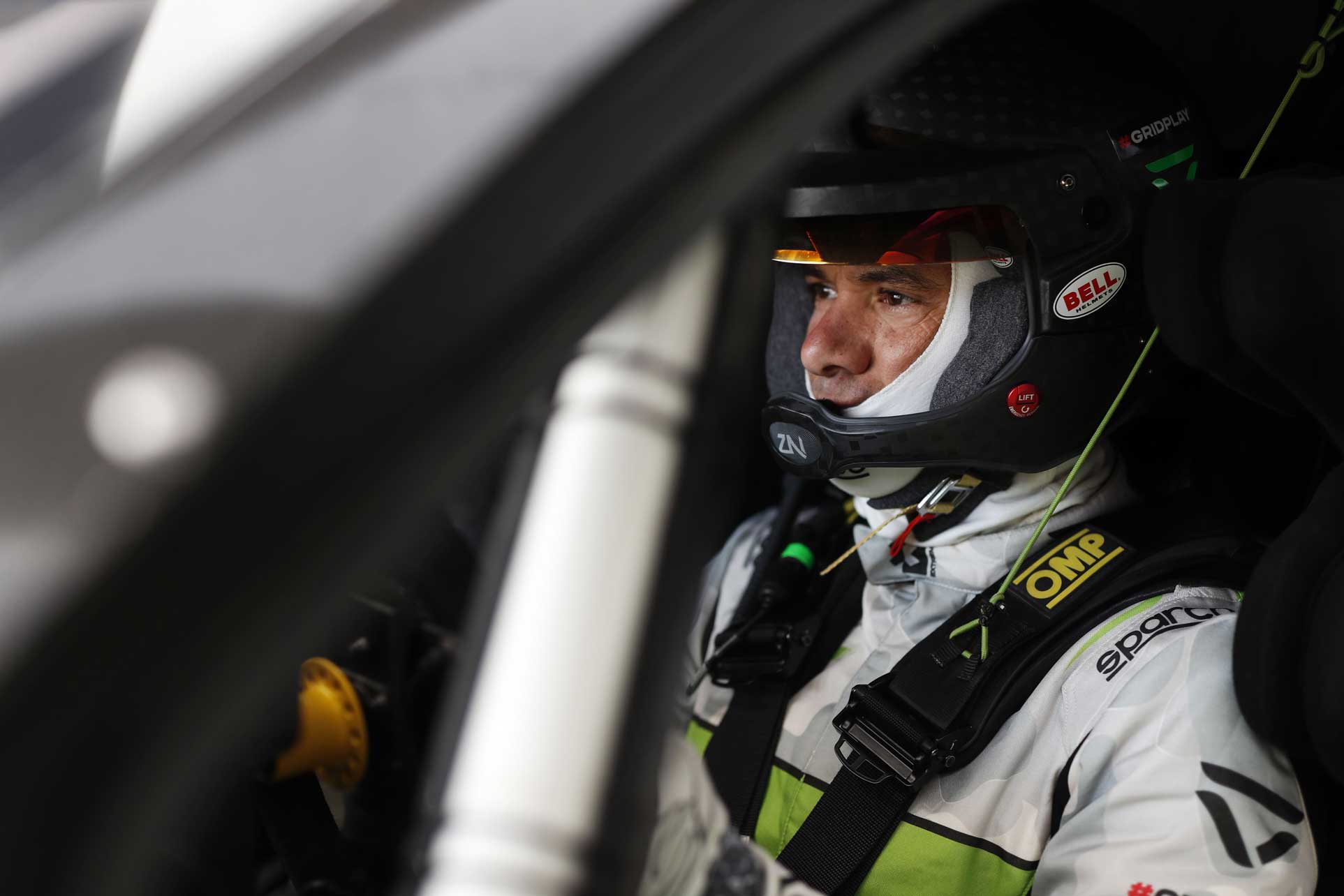 Stéphane Sarrazin: We’ll dust ourselves off and come back stronger in Senegal

Stéphane Sarrazin was so encouraged by the early pace displayed by Veloce Racing in last weekend’s Desert X Prix (3/4 April), that he is champing at the bit to return to the cockpit and convert that speed into silverware next time out in Senegal.

Veloce Racing headed to AlUla – in the heart of the Saudi Arabian desert – ready to test its mettle against eight rival teams in pioneering all-electric off-road racing series Extreme E. Drivers Sarrazin – seven times a podium-finisher in the Le Mans 24 Hours – and inaugural W Series Champion Jamie Chadwick were fired-up to take to the challenging 8.8km course, and the initial Shakedown session offered plenty of cause for optimism.

That confidence looked to be well-placed in Qualifying, as Sarrazin ventured out for his first run. The Frenchman was quick out-of-the-blocks and matching the pace of the front-runners during the opening sectors of his lap, until his world quite literally turned upside-down.

Having safely and successfully navigated ‘The Drop’ – a 100m, 45-degree blind descent – Sarrazin caught a patch of undergrowth mid-corner that sent the Veloce Racing ODYSSEY 21 into a dramatic double barrel-roll.

Thankfully, the 45-year-old emerged from the wreckage unscathed, but a thorough investigation of the car by Team Manager, Ian Davies and his crew of engineers revealed roll cage damage that unfortunately ruled Veloce Racing out of the remainder of the Desert X Prix.

Whilst understandably frustrated to leave Saudi Arabia empty-handed, Sarrazin and the team will use last weekend’s disappointment to fuel their competitive fire and come back even stronger in round two of the Extreme E campaign at Lac Rose in Dakar, Senegal on 29-30 May.

“I was pushing to try and set a good time in the first Qualifying run of the season, not at 110 per cent but I was attacking nonetheless and we were right on the pace. What happened was sheer bad luck. I had a moment of snap oversteer, which sent me into a tuft of camel grass that pitched the ODYSSEY 21 into a roll and the damage to the roll cage was sadly too great for us to be able to continue. That’s racing sometimes, and we all make mistakes.

“Obviously I’m disappointed for the whole team, but there are four events still to go, which means four more opportunities to achieve good results. We’ve got a fantastic team here at Veloce Racing and everything we need to succeed. The most important thing is that the speed was clearly there, and you can rest assured that we will work hard, pick ourselves up, dust ourselves down and give it our all again in Senegal.”