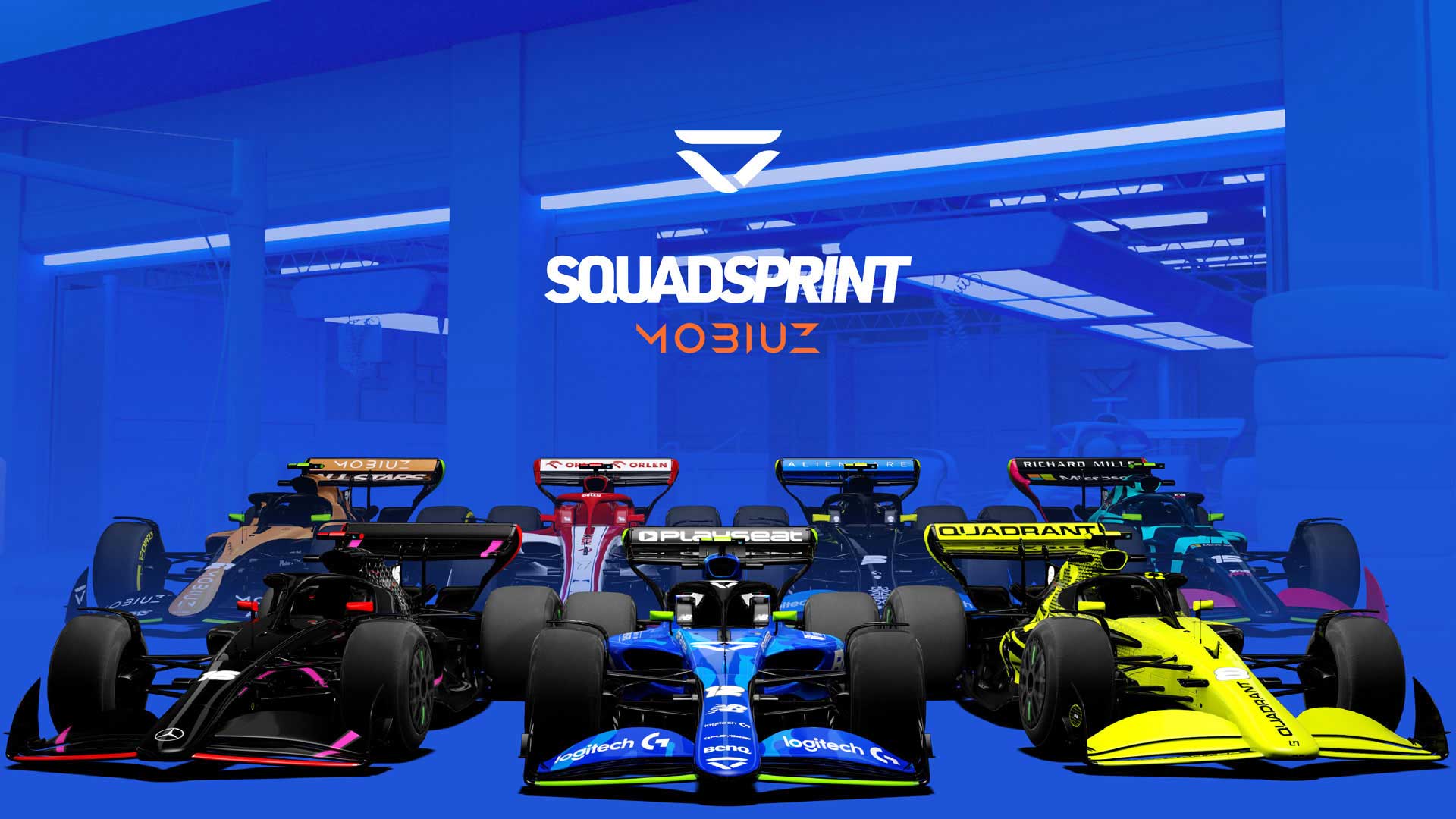 Squadsprint returns for the third season

Veloce Esports has today (11 February) announced the third season of the ever-popular Squadsprint series and, in 2021, Mobiuz as partner.

Season 3’s entry list comprises high-profile names from the worlds of motorsport, esports and beyond. Dani Bereznay will be back to defend his title against fellow F1 Esports racers Jarno Opmeer and Bono Huis, YAS HEAT ESPORTS personality Jardier will also be hitting the track along with Quadrant’s Aarava and Real Madrid goalkeeper Thibaut Courtois marks his Squadsprint return.

Those that didn’t follow Veloce in its infancy will be unaware of Squadsprint and its alternative approach to esports. In 2018, with an already impressive driver roster from F1 Esports superstars to charismatic content creators, Veloce saw an opportunity between the F1 and F1 Esports off-seasons to run a series of lighthearted sprint races across the Formula 1 calendar.

Season 1 proved to be a huge success, in part, as a result of one of the series’ more unorthodox rules; the grid for each race was set in reverse championship order, meaning rounds regularly ended in disaster for Aarav Amin (Aarava) and YouTuber Tom97 among others. One driver, however, fought through the carnage to clinch the first-ever Squadsprint title – none other than Hungarian sensation Dani Bereznay.

Season 2 saw a shorter 12-race calendar but races were lengthened to 25 percent distance. Guest appearances from Veloce Co-Founder Jean-Eric Vergne and Real Madrid goalkeeper Thibaut Courtois added another exciting element to proceedings but ultimately, Bereznay displayed his dominance once again to become double champion at his home track of the Hungaroring.

“Squadsprint has always been a lot of fun to take part in but it’s also extremely intense, whether you are fighting for the championship or just a single point. There is rivalry and banter everywhere you look!”

Season 3 will see the series’ most significant format changes to date, including a completely different but equally thrilling game, newer cars, and more Squadsprint action!

Secondly, there will be more focus on the Teams’ championship, as each participant will represent their Veloce affiliated team on the track. These include Veloce Esports, Team Quadrant, Sauber Esports, Mercedes Esports, McLaren Shadow, Yas Heat, and even an All-Stars team.

This also means the grid will now be set up by the reverse Teams’ championship standings, meaning competitors will always start alongside their teammates.

Next, the calendar shortens once again to eight races, but includes classic F1 circuits such as Silverstone and Spa, other legendary tracks like Le Mans and Istanbul Park, and even a shortened Bahrain layout. Finally, smaller rules changes will come into effect that include three-car teams and fixed set-ups.

Watch the first round of Squadsprint Season 3, powered by Mobiuz right here!