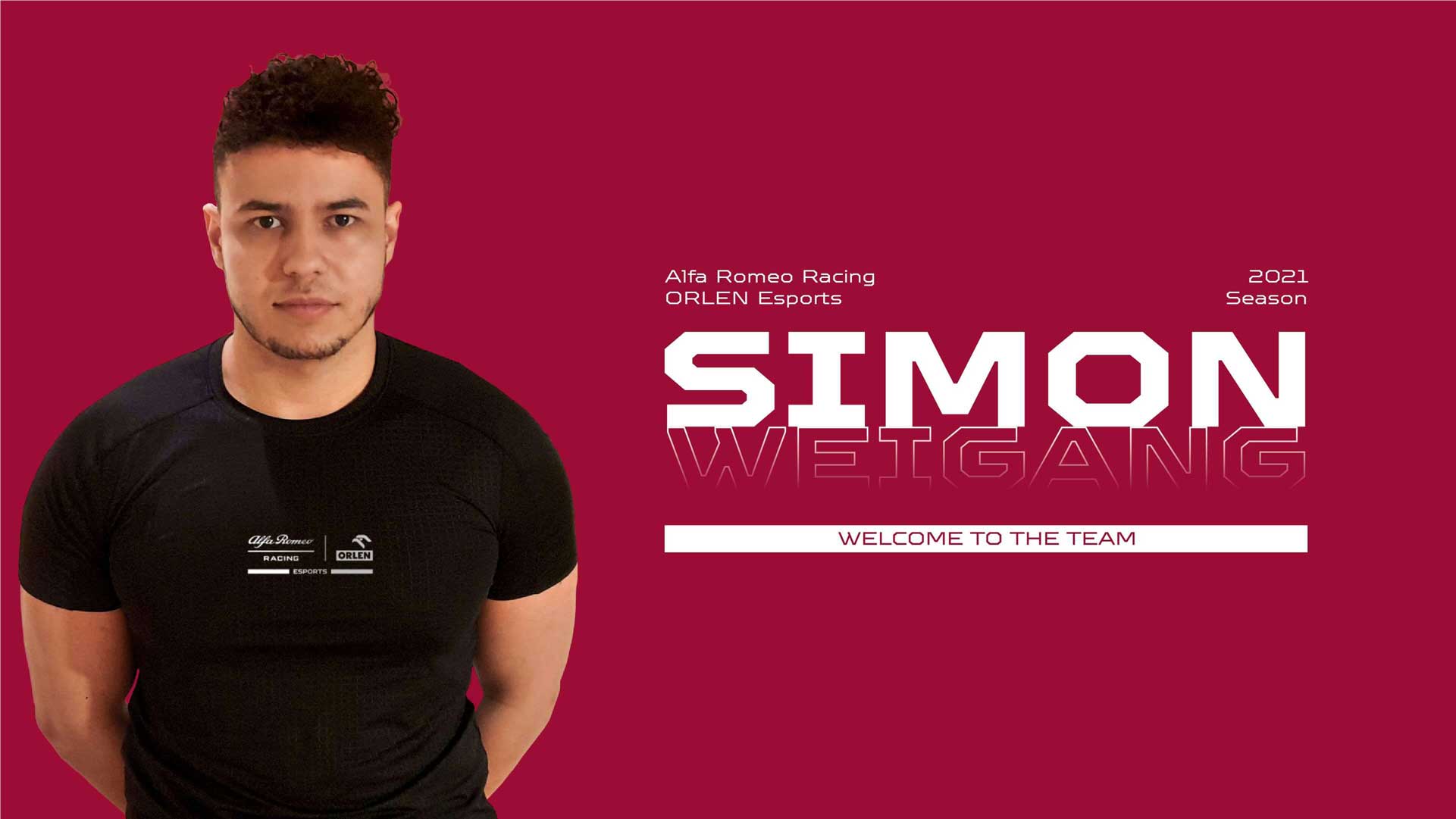 Tuesday, 16 March Alfa announced that they had successfully signed Weigang to compete for them in the upcoming F1 Esports season.

The German sim racer shared his thoughts on the announcement:

“I’m delighted to join such a prestigious team in Alfa Romeo Racing ORLEN F1 Esports. They have shown over the past three years that they are one of the most competitive teams in the esports space, and I am so excited to get preparations underway for the new season and show the world what I can do on track.”

“Simon is a driver we have monitored for a long time, and we believe that, with us, he can develop into one of the strongest drivers on the F1 Esports grid.”

Over the past two seasons, Weigang has made some incredible improvements in his racing career, making him one of the most promising talents on the grid. A successful debut run in the 2020 Pro Series – securing a fourth-place for Renault at Silverstone – and closing the season 11th in the Drivers’ Championship put him on the radar of teams up and down the grid early on in his F1 Esports career.

After moving to Haas, Weigang achieved his best overall finish in the Drivers’ standings last season. His efforts also kept Haas from the bottom of the 2020 Pro Series Constructors’ leaderboard as he single-handedly outscored Racing Point.

The 23 -year-old is determined to continue Alfa Romeo Racing ORLEN’s success in the F1 Esports Series, following its second-place finish in the 2020 Constructors’ Championship.

The pressure is on for Weigang as MacLaurin highlighted:

“Alfa had such a successful season in 2020, and Simon must hit the ground running to ensure we remain at the sharp end in 2021.”