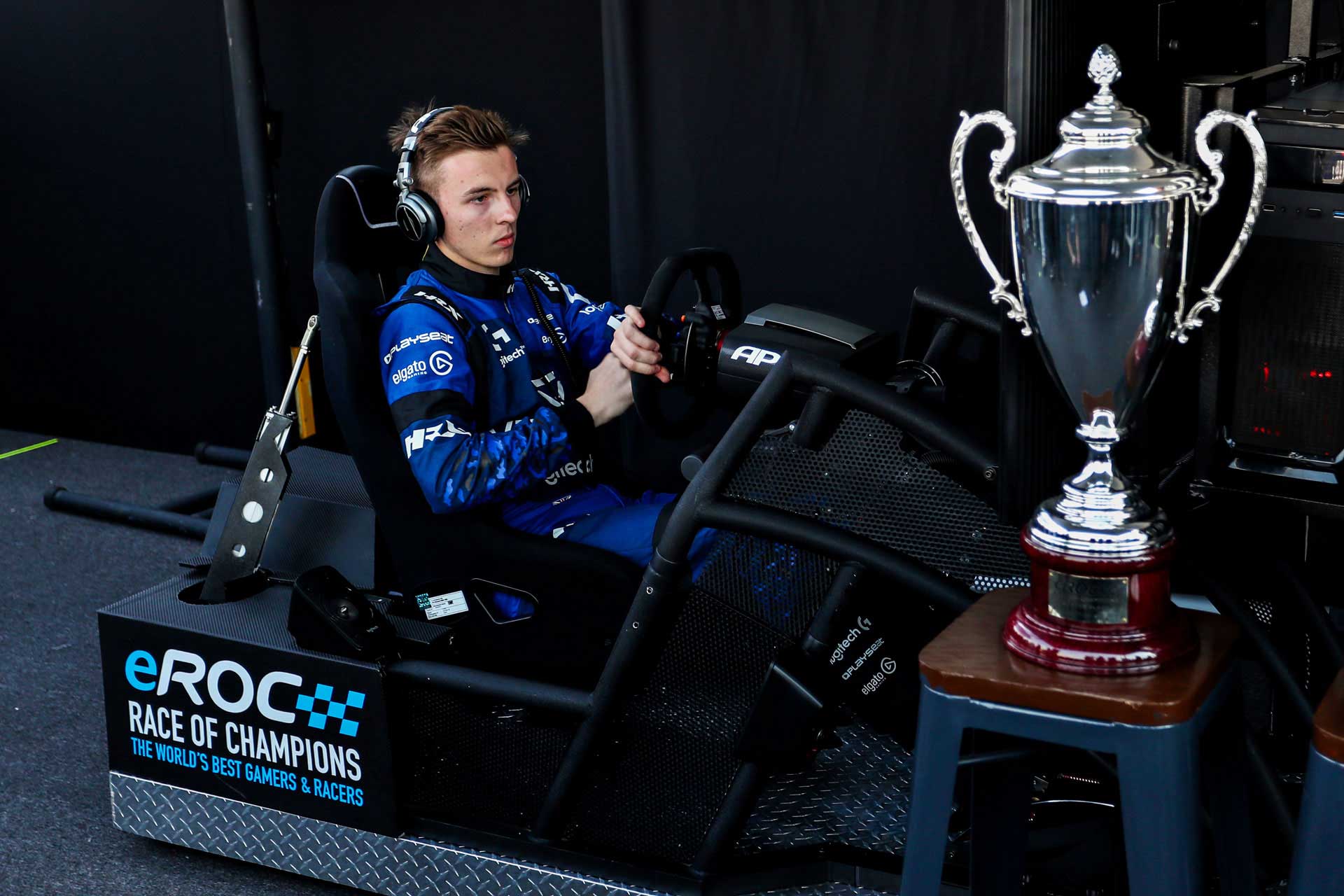 Veloce Esports driver, James Baldwin wins the 2019 eROC. The Race of Champions is an annual motorsport event that sees the world’s most skilled drivers from various racing disciplines compete against each other in equal cars where only talent itself is the key aspect, not the car being driven. 2 years ago, ROC introduced an esports component in the form of sim-racing.

James earned his spot in the eROC invitational event by emerging victorious in the Renault Esports Series, which was played on Project CARS 2. In addition to his sim-racing ability, James has real-life experience on the track. He’s a four-times British Karting Champion and has also competed in Formula Ford, and as he’d prove in Mexico for the 2019 eRace of Champions, he’s certainly a force to be reckoned with on the track – in both the real-world and racing simulators. James swept the esports portion, winning all of his races, against the likes of F1 Esports Champ Brendon Leigh, and last years eROC champion, Enzo Bonito.

James then had to race on the real-life ROC track against current Pro drivers. Baldwin did manage to secure a victory against Mexican NASCAR driver, successfully managing to outperform Ruben Garcia Jr. It proved to be one impressive weekend for James, a name we’re certain to hear a lot more in the future as sim-racing and esports.

“ROC WAS AN AMAZING EXPERIENCE! I HAD SOME TOUGH COMPETITION BUT I WAS CONFIDENT I COULD PERFORM ON THE BIG STAGE.”