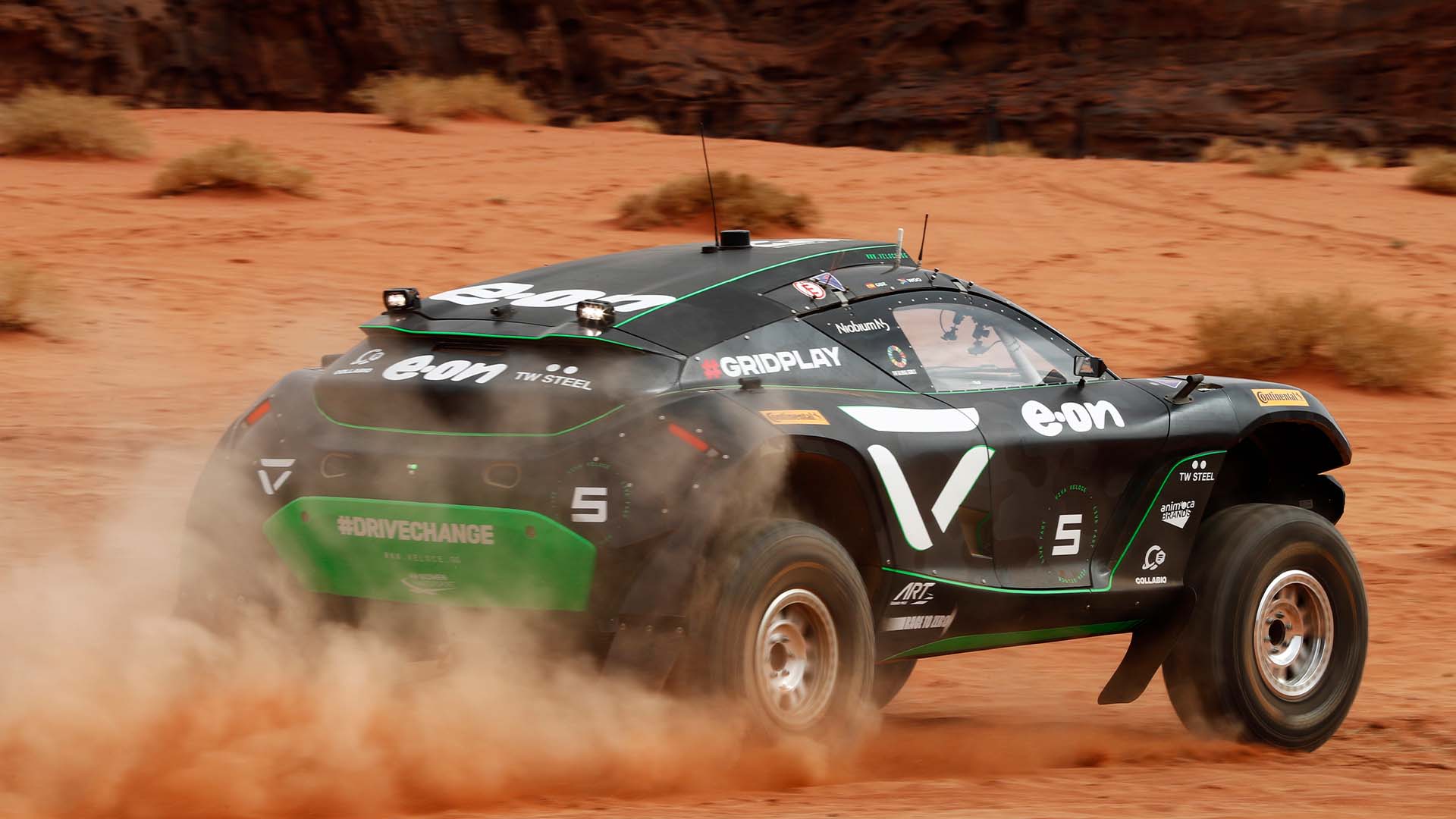 Highs and lows for Veloce Racing at Desert X Prix

Veloce Racing experienced the highs and lows of top-level motorsport during the Extreme E season opener in Saudi Arabia this weekend (18-20 February) as the young squad showed huge promise in the Desert X Prix.

After a steady run during practice, drivers Lance Woolridge and Christine GZ turned up the heat in qualifying as the duo starred for much of their first session.

GZ improved Veloce’s standing even further as she overhauled the Rosberg car shortly after mid-distance of her lap. But with just a few corners remaining and with P1 being displayed on the timing screens, joy quickly turned to despair as GZ carried too much speed into a late left-hander before the car dug into the sand and dramatically barrel rolled.

GZ was taken to hospital where it was confirmed she had fractured her foot, meaning 20-year-old Hedda Hosås would join Woolridge for Sunday’s action after the team produced an herculean effort to repair its ODYSSEY 21.

Whilst the Desert X Prix failed to produce the result that Veloce’s undoubted pace deserved, the British team is determined to come back even stronger when the series reconvenes in Sardinia, Italy, next time out.

Lance Woolridge, Driver, Veloce Racing said: “It was a frustrating end to an otherwise promising weekend, where we showed genuine front-running pace prior to the accident. The power steering failure on Sunday just rather summed up our luck, but we will come back fighting in Sardinia.

“Ultimately, it has been a productive ten days in both Dubai and Saudi as the team has done an amazing job and we have produced some real speed in the car, which bodes extremely well for the rest of the season.”

Christine GZ, Driver, Veloce Racing said: “I’m really sorry to the team that we were unable to get the result that we deserved. I’m a little sore, but I want to thank everyone at Veloce Racing and of course the medical team that did such an amazing job.

“We had strong pace here in Saudi Arabia so I am committed to being fit for Sardinia so we can show our true potential – Viva Veloce.”

Hedda Hosås, Driver, Veloce Racing commented: “It has been such an incredible experience to be here with Extreme E and Veloce Racing, and a huge honour to make my debut in the series.

“Of course, it was not in the best of circumstances, and we all hope Christine makes a speedy recovery, but I want to thank everyone at Veloce Racing for showing their faith in me.”

Daniel Bailey, CEO Veloce Racing added: "I am sure we will focus on the positives when the dust settles, because this was one of our best performances in terms of pace and potential.

“Of course, the accident put us on the back foot but we’re just thankful that Christine is ok, whilst everyone in the team did an amazing job to repair the car to get us back out there.

“Despite the disappointment of the result, these are exciting times for Veloce Racing and we hope to continue showing front-running pace for the remainder of the season.”