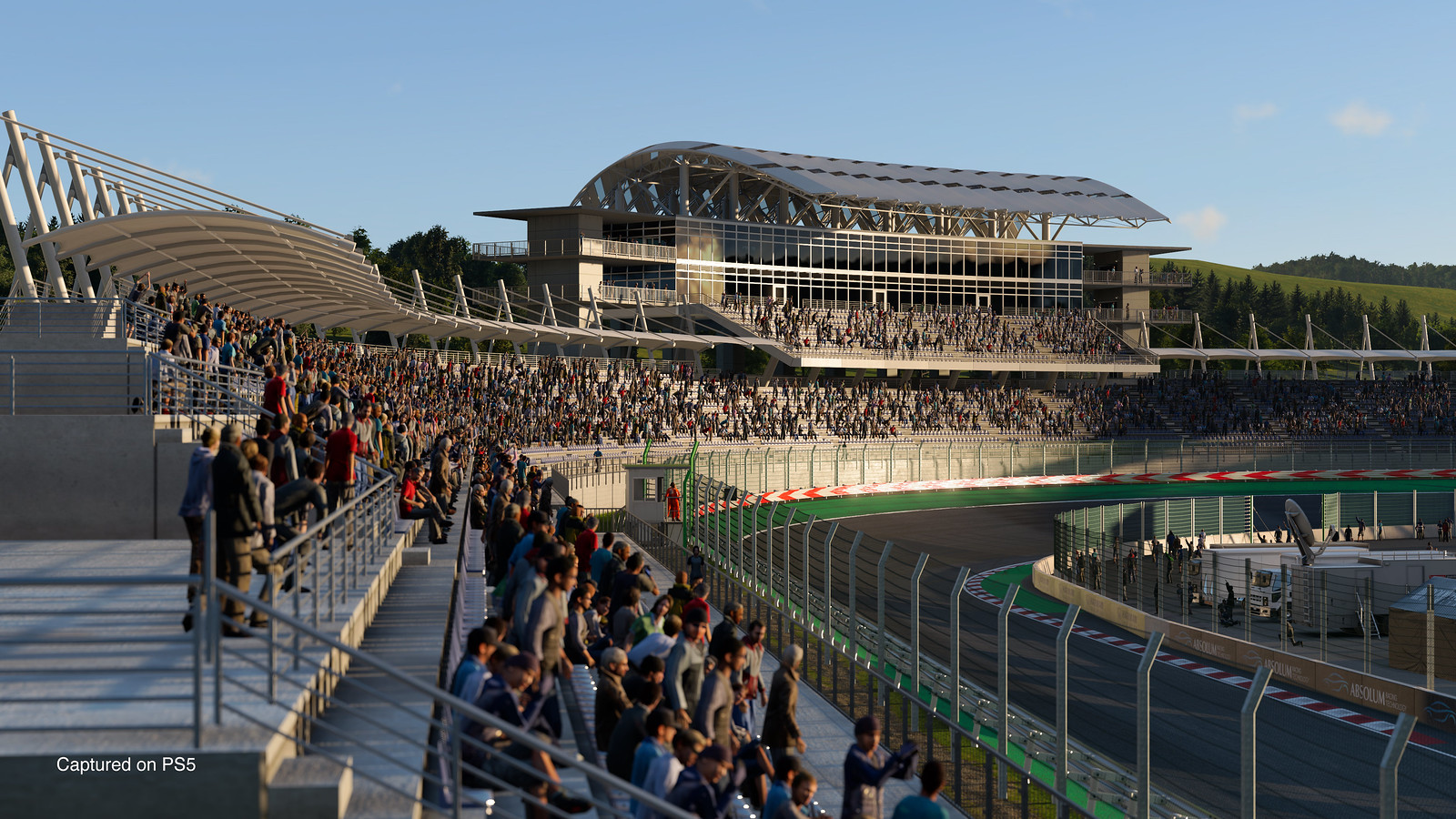 In June, PlayStation revealed the all-new ‘Gran Turismo 7’ trailer during the PlayStation Showcase, which is set to release on 4th March 2022.

From what it seems, GT7 is set to return to the radical style of its earlier predecessor - GT Sport but with the addition of fan favourite features from earlier titles. GT Sport was launched on PlayStation back in 2017 and focused more on the esports side of competitive racing, centring itself on player rankings. However, the game fell flat due to a cut in fan favourite circuits and the removal of career mode.

Kazunori Yamauchi, the founder of Gran Turismo, introduced the reveal of the latest GT game and specifically noted the new campaign mode and a redesigned Trial Mountain, which will throwback fans to the older GT games but with new features and innovation.

Along with the announcement, GT developer Polyphony Digital updated their website, revealing that GT7 will initially include a vast catalogue of over 420 cars! A significant number of these cars are coming from GT Sport, and an official list has yet to be released. But GTPlanet were able to put on their detective hats and curated a list of cars they think will be in the new game.

Earlier this September, PD confirmed that GT7 would launch with more than 90 different “track routes”, but we may have already seen a vast majority of these from GT Sport. Initially, GT7 will likely bring about four or five “new” or “redesigned” tracks to the list at launch so that we can expect eight to ten varying routes. Three of these new circuits include Daytona (from GT6) and the legendary tracks Willow Springs and Trail Mountain.

Polyphonic Digital has been hard at work bringing old and new features together to create the ultimate GT game. GT7 will be the first “cross-gen” Gran Turismo, as both PlayStation 4 and PlayStation 5 versions are set to launch. But it is yet to be confirmed if all features will be capable of fully functioning on PS4.

GT7 is bringing back the classic GT Campaign mode so that individual players can make their way around the globe on their unique journeys and “gain life learning experiences”.

Yamauchi acknowledged the wishes of long-time fans who have been desperately wishing to return to the GT Campaign mode experience where players can start their journey from the GT world map.

Players will start as a novice with low-powered vehicles, and as they go further into their journey, they can collect new licenses and take part in races allowing them to progress onto higher levels.

The return of the revamped Campaign mode will also bring about licence tests, missions, special events and even championships.

The first trailer hinted at dynamic weather and time, which has since been confirmed. Polyphony Digital utilised atmospheric data from various sources, including NASA, to replicate realistic skies and lighting conditions. GT7 goes as far as to take aerosol particles into account!

The second trailer also revealed dynamic surface moisture indicators, meaning rain can fall and asphalt can dry. BUUUT, whether the PS4 version will incorporate this feature, is a question that still needs to be answered.

Scapes is an innovative feature that gives users complete control to shoot “photorealistic [images] using HDR technology (provided you have an HDR capable display), expert-level effects and even panning shots.” You can freely photograph your motor in photo spots across 43 countries and over 2,500 locations and share your epic shots with friends online.

After its absence in GT Sport, vehicle tuning and modifications are back. Users will now get into the car scene with full access to modify their vehicles engine, suspension, drive train, chassis parts and tyres. Players can build up their car to fit their preference and driving style, so if you keep rolling your vehicle, maybe a cage is an excellent addition to purchase.

GT Auto is making its return; as revealed in the second, trailer it looks as if players will wash their cars, change their oil, apply for new paint jobs, change the wheels and fit visual parts once more. From widebody kits to aerodynamic parts for various vehicles, the feature will allow fans to relive their touring days from the classic Gran Turismo 5 and 6.

One of the more popular features from GT Sport, Livery Editor, is coming back better than ever. Yamauchi knew that this feature was essential to fans, so the Livery Editor has had a minor facelift to improve user interface, utility and accessibility but is otherwise the same.

Meaning that fans can take their liveries to the next level…..we’ve got our sights set on a Veloce Nissan GT-R masterpiece.

Another feature that vanished from GT Sport but has returned in GT7. It is unclear how it will function, although it seems to be relatively similar to the versions in previous GT games.

Players will once again pick up older vehicles for a little less due to their clocked up mileage. You can grab these second-hand beauties at two notable places within GT7 - one is a car lot named “Brighton Antiques”, which offers a range of expensive “legend” machines, race models, along with rare and exclusive motors. The other place is a less exciting parking lot that packs various vehicles for players to purchase.

This brand-new feature for GT7 functions as a guide for players dropping information on how and where to collect groups of vehicles of historical relevance. The cafe acts as an in-game companion “[helping] players navigate through the beginning of the game”.

Gameplay footage shows players using the cafe to pick up three Japanese hatchbacks to complete a collection, and it appears that more prestigious cars are included within this feature.

There are two areas to the new multiplayer modes; the first is a dedicated multiplayer icon where you’ll discover all of the various racing types to suit your taste. And the second is a GT Sports Live icon, which is likely a place for viewing media, and articles relating to online events and world tours.

It is also likely that Sport mode will be making a come-back, bringing regular races in tow, which will affect your online rankings and higher level championship with live events.

The 25th Anniversary Edition of Gran Turismo 7 was recently revealed by PlayStation, which is available for £89.99 (€99.99). The 25th edition includes; credits (1,000,000 credits on disk and 1,500,000 on digital), a Toyota GR Yaris in country-specific liveries (designs covering 30 different countries), 30 PSN Avatars (themed around the manufacturers and cars featured in GT7), the original Gran Turismo 7 soundtrack and a SteelBook case for preserving your disc.

PlayStation also revealed the Gran Turismo 7 Deluxe 25th Anniversary Edition for £89.99 (€99.99). The deluxe version includes all the same features as the 25th edition, with an extra 1,500,000 credits for you to splash.

Let us know in the comments if you’re excited for the newest instalment of Gran Turismo or if any features are missing from GT7 that you wanted to see.