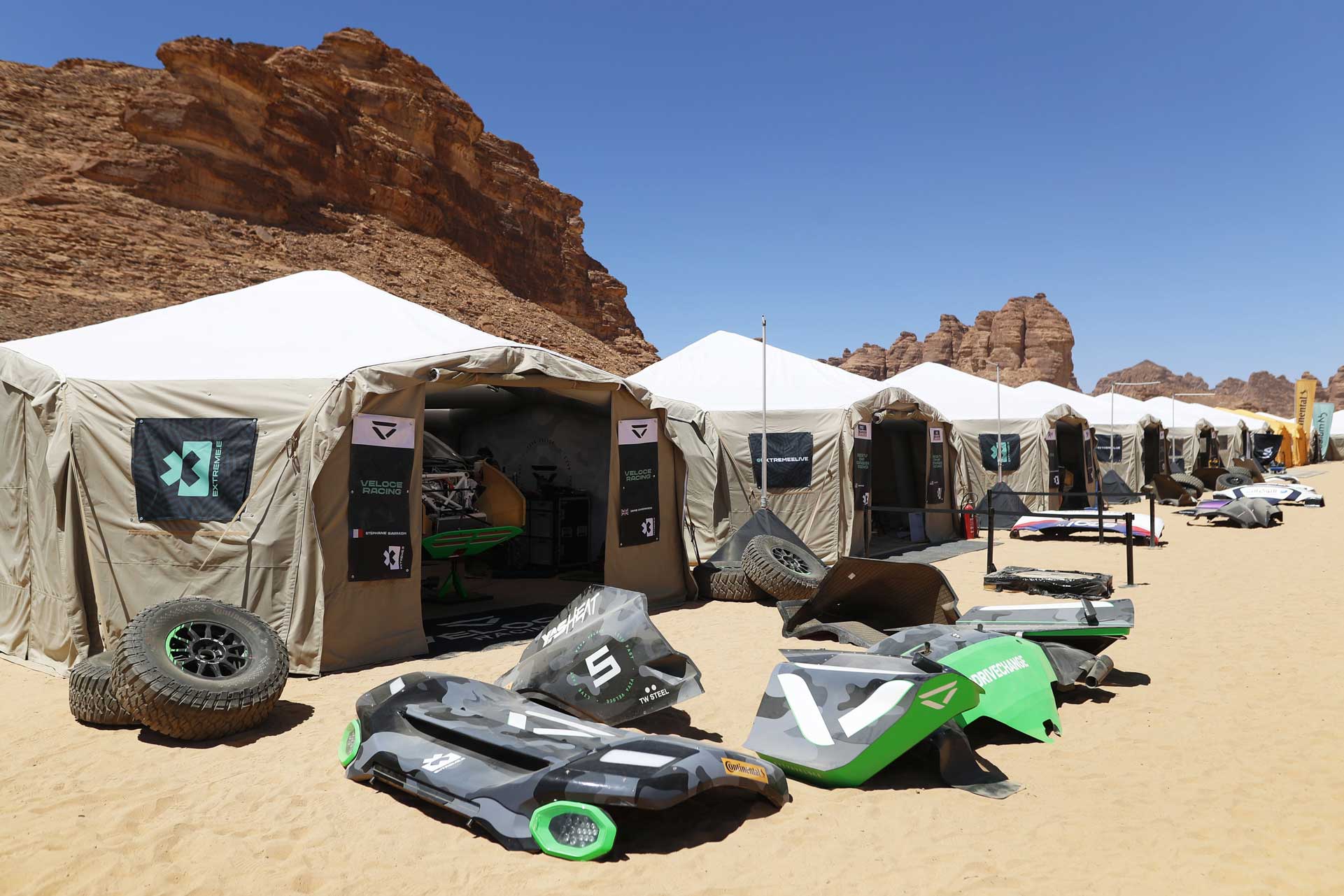 The start of the innovative, all-electric off-road championship Extreme E is just days away with the Desert X Prix in AlUla, Saudi Arabia taking place on 3-4 April. The series has made some final tweaks to the format of its race weekend which you can read below:

There will be two days of competition, Saturday and Sunday. Each team will take part in Qualifying 1 and Qualifying 2 (time trials). The Shoot Out, the Crazy Race, the Semi Final and the Final will then take place the following day. Each race or time trial is two laps, one lap with the female driver at the wheel and the other with the male.

X Prix Qualifying comprises two rounds of time trials, one in the morning and one in the afternoon, the qualifying order for the teams is decided by a lottery draw. All time trials feature two laps and include the driver switch.

The top three point scorers after the time trials qualify for the Semi-Final. The middle three qualifiers go into the Crazy Race while the bottom three teams will battle it out in the Shoot Out.

Four wheel-to-wheel races get underway on Sunday: The Shoot Out, the Crazy Race, the Semi Final and the Final. Three cars will be on track fighting it out during each race with the first and second place teams from the Semi-Final and the winner of the Crazy Race progressing to the all-important Final. The starting positions for the Final will be decided by the fans through the GridPlay voting system.

After the Final, points for the Drivers and Teams Championship will be awarded: