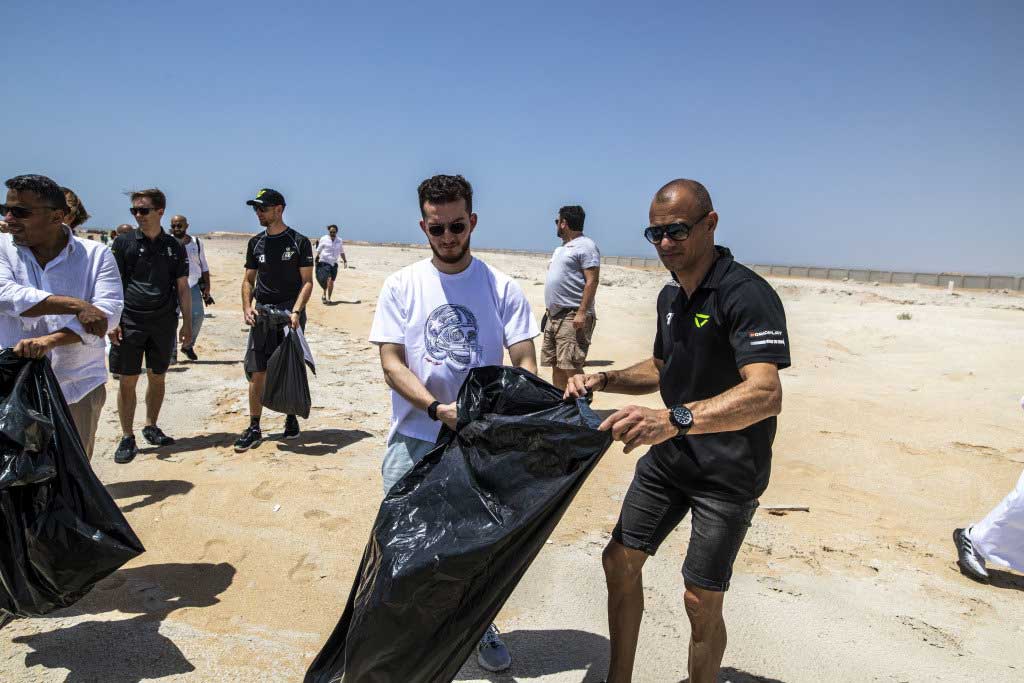 Saudi Arabia is set to host Extreme E’s first-ever race, the Desert X Prix this weekend, on 3-4 April, in the breath-taking destination of AlUla. The AlUla region is home to the world’s largest continuous sand desert and the unforgiving yet stunning terrain – combined with the intense heat and dry conditions – is sure to provide a challenge for the drivers. Ahead of the inaugural race Extreme E race, Extreme E today announced the launch of its first Legacy Programme, the Red Sea Turtle Conservation project.

Extreme E revealed that its Red Sea Legacy Programme will support turtle conservation along the Red Sea coastline in Saudi Arabia in association with Ba’a Foundation, an organisation that focusses on conserving the environment through initiatives that preserve endangered species, natural habitats and historical sites.

The five-year legacy partnership project will work to conserve endangered turtle species, while providing conservation education and better environmental understanding and stewardship to the local communities. The endangered green turtle and the critically endangered Hawksbill turtle are under threat for a variety of reasons including:

Alejandro Agag, Founder and CEO of Extreme E, said: “I’m really pleased Extreme E can support this crucial legacy initiative in Saudi Arabia. This series is of course about thrilling racing, but we are also shining a spotlight on climate and environmental crises happening all over the world and trying to make a lasting difference.

“The Red Sea is home to some of the most diverse ecosystems in the world and we have worked closely with the Ba’a Foundation to identify this important project based around endangered sea turtle conservation – a truly worthy and exciting initiative that will start receiving our support immediately.”

Veloce Racing’s Jamie Chadwick added: “The Legacy Programmes are integral to the series, and myself and the entire Veloce Racing team are wholeheartedly supportive and committed to playing our part. We fully embrace this Legacy Programme in Saudi Arabia and we look forward to seeing the positive results.

“It’s been great speaking to the scientists and learning more about the issues in this region. I just hope that our learnings and our actions really help to make a tangible difference. Whilst we are here to race and win, we are also here to help facilitate and communicate vital changes that need to be made. We need to do this together; we need to drive change.”

To launch the Legacy Programme, a group of guests and speakers – including leading researchers and scientists from Extreme E’s Scientific Committee – were invited on-board the St. Helena for a Red Sea Conservation Cruise. The cruise sailed to Ras Barindi, which is one of the two hatching sites for these endangered turtles in the Red Sea, to better understand why this critical action is so urgently required.

Located 50 kilometres north of Yanbu city in Saudi Arabia, Ras Baridi is a major nesting site of Red Sea and Indian Ocean significance. Sea turtles are born there and return about 30 years later to reproduce, and then approximately every further five years. Unfortunately, due to the damage to the beach created by rising sea levels and increased beach erosion, the turtles return to find that they cannot climb the cliff left by beach erosion, or when they do, they perish when falling off in returning to the water after nesting. Or it may be that their nest has flooded due to rising sea levels relative to the time of their birth over three decades earlier. In 2019, there was a 90 per cent mortality of eggs due to flooding of the nests in high-water seas.

These problems were detected in a research project led by Prof. Carlos M. Duarte – a distinguished Professor at King Abdullah University of Science and Technology and a recently-appointed member of Extreme E’s Scientific Committee – and brought to the attention of the Ba’a Foundation.

Extreme E will support the turtle conservation through beach fencing, beach management and monitoring, careful nest relocation and, ultimately, improvements such as raising the level of the beaches to a suitable height with imported sand for turtle-nesting and successful egg-hatching, as well as education.

Bader Alrabiah, Executive Director at Ba’a Foundation, said: “We are delighted to collaborate with Extreme E on this exciting project, which demonstrates our commitment to Kingdom values in embracing the future while also preserving our culture and protecting our environment.

“Saudi Arabia is home to a very young population eager for world-class events and sporting activities. However, it also has a natural habitat for some of the most beautiful and rare species such as the endangered turtles we are trying to protect through this unique and creative initiative. This initiative is part of a full programme at Ba’a Foundation to conserve marine life on both Saudi coasts – the Red Sea and the Arabian Gulf.”

Extreme E, a brand new electric motorsport, aims to leave a long-lasting positive impact and inspire change through the power of sport and the promotion of clean-energy transport solutions, which help to reduce the effects of climate change. The series will visit five locations – Saudi Arabia, Senegal, Greenland, Brazil and Patagonia, each representing a different environment, from desert to coastal, arctic, rainforest and glacier. Watch this space to stay up-to-date with what Veloce is doing to #DriveChange, as well as further information on future Legacy Programmes taking place in Extreme E’s inaugural season.