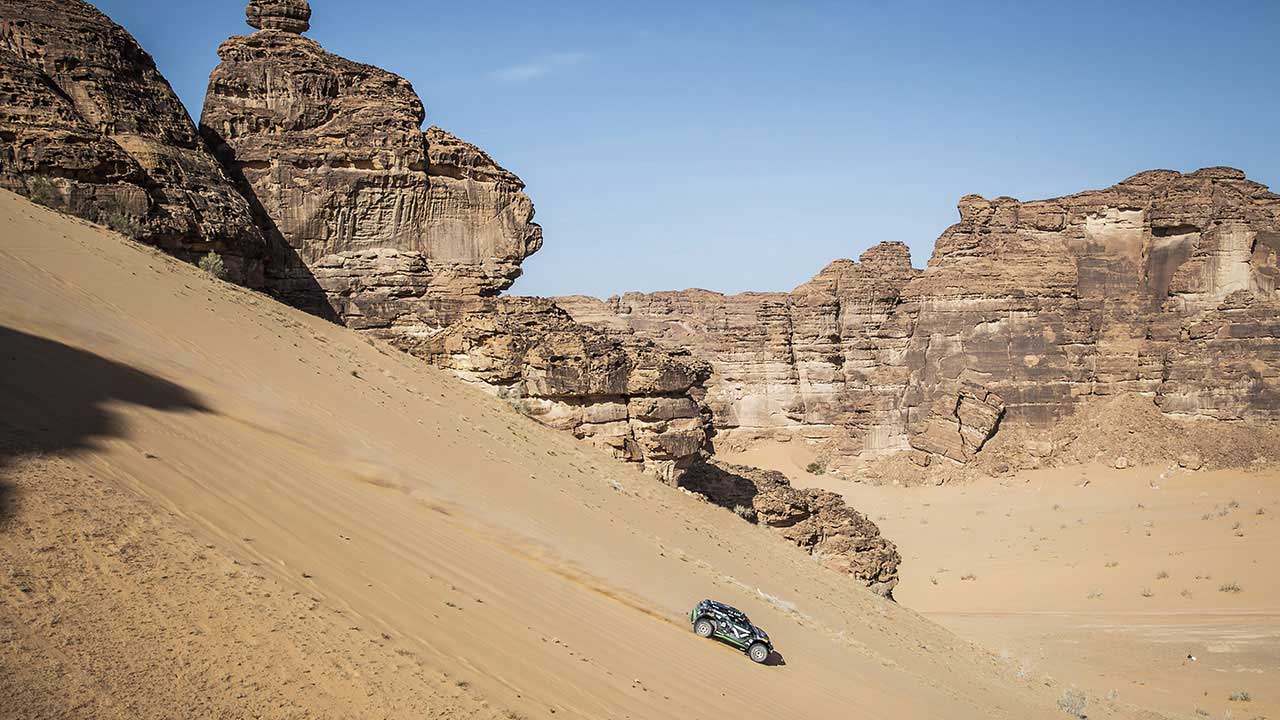 Ground-breaking electric SUV racing series, Extreme E, is delighted that Japan’s largest sports broadcaster, J SPORTS Corporation (J SPORTS), is televising the championship on its linear channels, J SPORTS 1, J SPORTS 2, J SPORTS 3 and J SPORTS 4. All five of this year’s X Prix are being aired with Japanese subtitles, beginning with the thrilling debut event which was beamed live from Saudi Arabia. In addition, audiences in Japan were also able to enjoy streaming and highlights of the season opener on J SPORTS’ digital platform, J SPORTS On Demand.

Extreme E’s two years of extensive planning and development came together perfectly for the inaugural event in Saudi Arabia. The racing certainly did not disappoint as audiences were treated to spectacular action, incredible driving, and heart-stopping moments as the drivers battled it out in their monster 550bhp electric ‘ODYSSEY 21’s’ in the sand dunes of AlUla.

Ali Russell, Chief Marketing Officer at Extreme E said: “Our broadcast agreement with J Sports allows Extreme E to reach a huge Japanese audience with our sport for purpose series. J Sports is well-known for its exceptional coverage of major sport including our sister championship, Formula E – and I am confident that last weekend’s incredible Extreme E season opener from Saudi Arabia delighted its discerning audiences in Japan as well as everyone else who saw it from around the world.

“As a sport without spectators on site, it is vital that our series can be seen by as many people as possible and the only way to do that is through a screen. We look forward to bringing our next four X Prixs to J Sports’ audience – as well as sharing Extreme E’s wider messages around electrification, environment and equality.”

Yoshinori Konno, Vice President and Director at J SPORTS, said: “We are celebrating the amazing debut of this innovating electric SUV racing series. It is our great pleasure that J SPORTS is partnering with Extreme E and will deliver all the races during its inaugural season. As the leading sport-dedicated broadcaster in Japan, we also feel esteemed about supporting this promising project with the mission of enlightening public awareness of issues including climate change as well as gender equality.”

Following the inaugural race in Saudi Arabia (3-4 April), the series will now go on to visit Senegal (29-30 May), Greenland (28-29 August), Brazil (23-24 October) and Patagonia (11-12 December).  By holding races in areas that are suffering at the hands of the environmental crisis, such as tropical rainforests and the Arctic, the aim is to raise viewers' awareness and interest in environmental issues.

The series also has a unique viewing format, as races will be held without spectators as part of reducing the championship’s carbon footprint. In addition, the series is transporting equipment for each X Prix by sea on its floating centrepiece, the St. Helena.