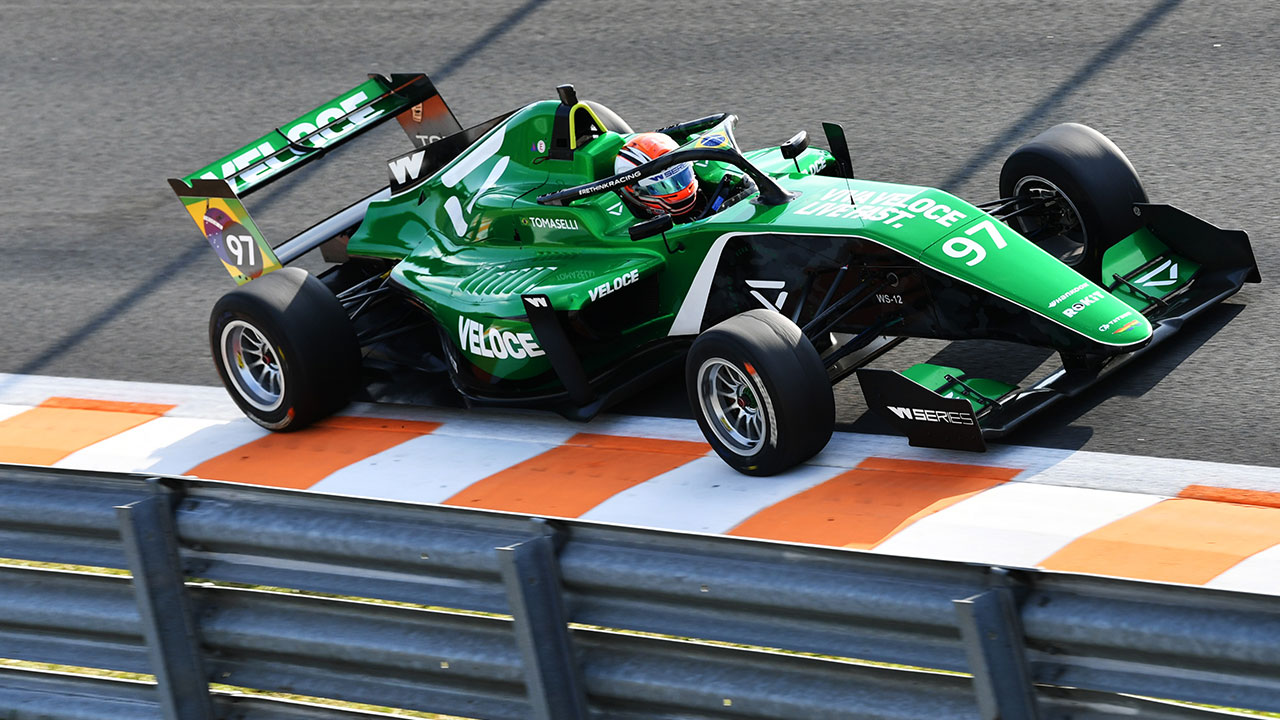 A maiden campaign in any category can be a daunting prospect, let alone one in the ultra-competitive W Series, featuring on the Formula 1 support package for 2021. Tomaselli has enjoyed an impressive debut season to date, notching points paying finishes at the Red Bull Ring and the Hungaroring, with a best result of fifth at the former. We had a chat with Bruna as she reflected on a whirlwind first season.

How did you get into motorsport?

I always loved cars, racing and speed, when I was 7 years old my dad gave me my first go kart, that's when I started to race. In the beginning, it was more for fun but then I started to practice more and racing in big championships. When I was 15, I move to open wheels, I raced for two years in Formula Junior in Brazil, two years in F4 Sudamericana and three years in USF 2000 in USA.

How has W Series been for you so far this season?

It's very competitive. I have already had some good results and points in the season.

I'm learning a lot. This season, as my first one in W Series and racing in Europe is a little bit complicated because I don't know the tracks, but of course, it's a great opportunity and experience. We still have two races and I'll work hard to have great results again and try to fight for a podium and a win.

What's the best thing about being in W Series?

The best thing about being in W Series and a Veloce driver is to show the world the potential of female racers. And of course, compete in such an important and big championship, with this amazing team is very good for my career.

Have you enjoyed being a part of the Veloce family so far this season?

I’m very proud to be part of Veloce and represent them on the track. It's a team that takes motorsport very seriously and I couldn't have had a better team in my first season of W Series.

They’ve given me all the support I need at this very important moment in my career, especially having Jamie as a teammate with all her experience. I am very happy to be here and I feel very much at home, I hope I can stay with the team and achieve great results.

What does an average non-race week look like for you?

On a normal non-race week I go to the gym a lot and workouts like, bike and running. I like to play soccer too and I practice in go-karts every week. I’m also studying journalism so that takes up a lot of time.

To relax, I like to spend time with my family and go to the farm to see my dog.

Yes, I'm traveling to the Bahamas and there I'll relax.

Do you have any hobbies outside of motorsport that you enjoy when you aren’t racing?

Yes, I love to play soccer. I play almost every week.

What does your average weekly training schedule look like?

Are you looking forward to going to Austin? What interests you most about this race?

If you could race on any track in the world, where would it be?

I would like to race at the Monaco track as it is an important track and well-known in motorsport and also because Ayrton Senna competed there and won.