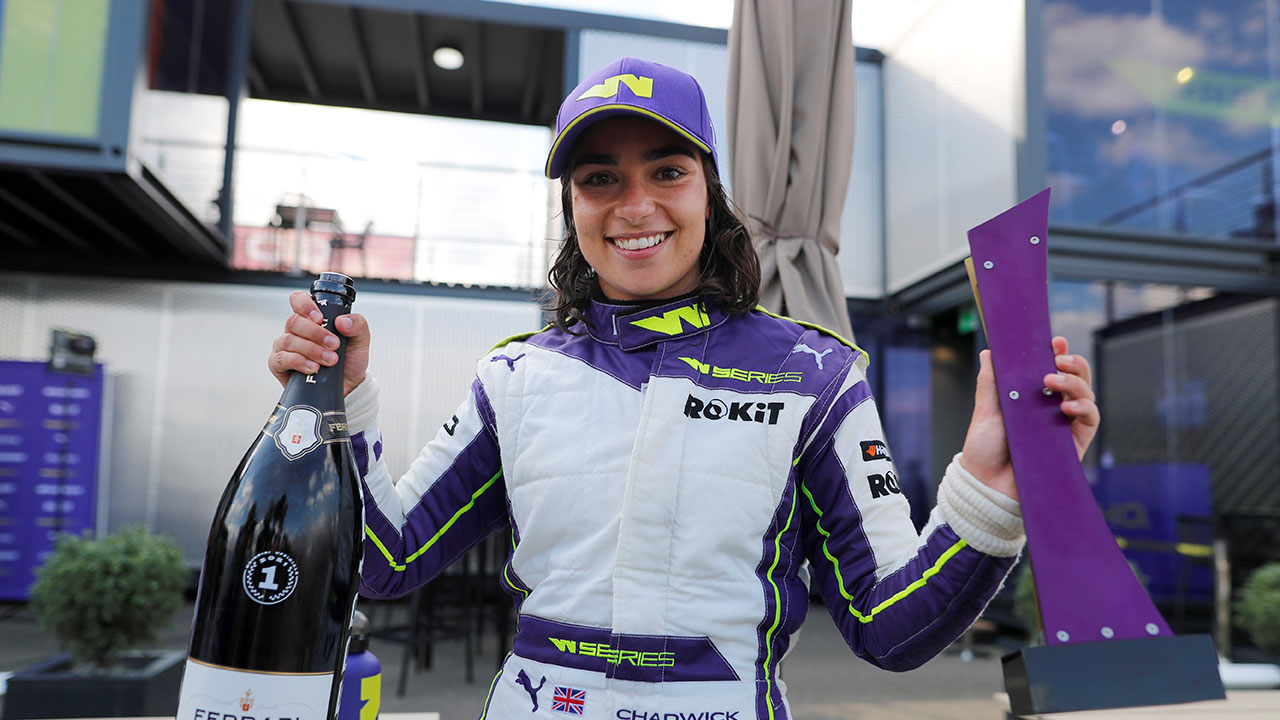 It was a day to remember for Veloce Racing and Jamie Chadwick at the Red Bull Ring in Spielberg, Austria. The reigning W Series champion took to the top step of the podium once more and in doing so, recorded the team’s first-ever victory in real-world motorsport along with her first W Series grand slam, while Bruna Tomaselli fought valiantly to bring home a fifth-place finish.

Following a troublesome first event – with a cracked turbo pipe putting pay to her efforts – the 23-year-old was back to her brilliant best this weekend taking a grand slam – pole position, fastest lap, led every lap and the victory.

For Chadwick, the race itself seemed a remarkably simple one. After Beitske Visser stalled from the front row of the grid it was an easy getaway and she would hold the lead until the chequered flag fell, setting multiple fastest laps en route to the top step of the podium.

Tomaselli, meanwhile, held station in third during the opening stages before settling into a rhythm. The Brazillian rookie would concede places to a hard-charging Emma Kimiläinen and Sarah Moore as the race wore on but her impeccable race craft eventually earned her a well-deserved fifth-place finish.

Having competed for less than a season, Veloce Racing have certainly made their mark (and raised a few eyebrows) in real-world motorsport with a podium at Extreme E’s Ocean X Prix in May and now a victory at the second round of this year’s W Series championship.

Undoubtedly there is still more to come from the London-based squad in 2021 with three rounds of the all-electric SUV championship taking place later in the year and six rounds of the all-female single-seater series yet to run.

Jamie Chadwick, Driver, Veloce Racing said: “I’m ecstatic! After a successful qualifying yesterday my aim was to maximise pole position at the start and to have a clean run from there, and that’s exactly what I did. It’s still early to be thinking about the championship but this bodes well for the rest of the year.

“Given the tough start to the season we had, this result is so important to ensure we leave Austria with a solid set of points. I’m definitely going to celebrate tonight and hopefully top it off with an England win in the football!”

Bruna Tomaselli, Driver, Veloce Racing said: “It was a really tough battle out there today – I had so much fun racing towards the front of the pack and I gave it everything I had to hold onto fifth.

“Overall though it’s been a fantastic weekend. I’m taking a lot of confidence from my third-fastest time yesterday and the fact that I could race towards the front and hold my own. With Jamie finishing 1st and myself 5th, we are looking like a very strong team for the rest of the season ahead.”

Rupert Svendsen-Cook, Team Principal, Veloce Racing: “Yesterday was a huge day for Veloce Racing as we took our first pole, and to follow that up today with a victory is the icing on the cake. We’ve come so far in such a short space of time – it’s truly incredible what this team has achieved.

“We put on a great show today in front of these amazing crowds at the Red Bull Ring, I’m so proud to see the Veloce name on-track in front of all of those people. We definitely plan to take this confidence and momentum forwards into Silverstone and beyond.